A Muslim and Jew ‘Navigate the Tectonic Plates’ 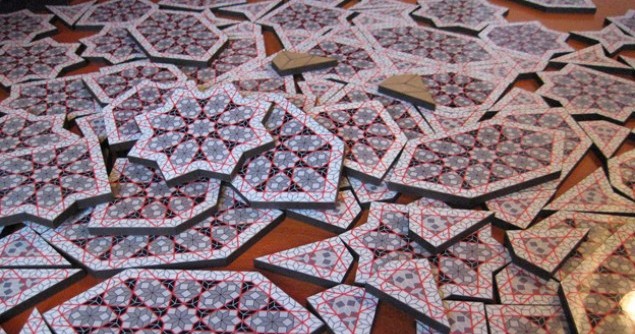 Complex systems govern how tectonic plates interact and how pressure builds at their boundaries. By simply looking at the crack on the earth’s surface after an earthquake, we cannot predict when the next one will occur – just as we cannot predict the next eruption of conflict between Israelis and Palestinians, Jews and Arabs.

In February 2009, Debbie Ford, a transformational writer and coach, introduced two of her students to each other, Brenda, an American Jewish peace activist and former fashion industry executive; and Samia, an Arab American from a Lebanese Muslim background, telecom entrepreneur and political activist. Brenda was concerned with the deteriorating situation in the Middle East, and Ford thought that Samia would be a good partner for Brenda to explore the situation with.

What Ford did not predict is that – despite their years of training and a shared interest in ending the conflict – her students were faced with an ideological barrier, insurmountable to many. Brenda introduced herself as a Jewish Zionist – causing a negative reaction from Samia, who considers herself pro-Palestinian and ardently anti-Zionist. Through the resulting tension, Brenda learned that when Samia hears the term Zionist, she thinks about an expansionist, terrorist ideology and the cause of the Israeli-Palestinian conflict. Samia in turn learned that Brenda sees her Jewish identity as inseparable from her Zionist identity, which she defines as a historic connection to the land of Israel and all Jewish people, as well as the expression of her Jewish values that emphasise the importance of life, freedom, justice and oneness with the universe.

Underlying the tension was the Holocaust, the subject of their first conversation. Samia, who lost her grandmother and great-aunt to Israeli raids on Southern Lebanon in 1982, asked Brenda: “Why can’t the Jews give up the Holocaust story and move on?”

Brenda, whose Jewish identity is inseparable from her fear of annihilation, replied: “Why would you ask me to give up the Holocaust?”

Samia replied: “Because of the pain it has caused and continues to cause Palestinians and Arabs in the [Middle East] region for a crime they did not commit.”

This is where most conversations end.

At this particular moment, Brenda took a deep breath and responded: “It is critical to remember and acknowledge the human tragedy of the Holocaust; the death of six million Jews and millions of others annihilated by the Nazis.” And she added: “We need to also remember that almost a million Palestinians became refugees and almost a million Jews were exiled from Arab countries. We must never forget.”

Samia opened up and replied: “So how can we use the Holocaust to heal humanity and prevent future genocides instead of having the Holocaust use us?”

As we tackled the hot topics that separate our communities – Zionism, the Holocaust, Gaza, the Lebanon War, Jerusalem, occupation, settlements, suicide bombing, the right of return and the international flotilla to Gaza – we used them to face our realities and deepen our understanding of the other.

We saw the importance, for example, of connecting – without comparing – the death of 70-year-old Holocaust victim Dora Shaklyan, who died at Teofipol in the Ukraine, to the death of Samia’s 70-year-old grandmother, Mariam Bahsoun, a victim of Israeli raids in Tyre. Through these connections, we expanded the Holocaust story to include both narratives.

The barriers separating Israelis and Palestinians, and Jews and Arabs, are not just physical – they are emotionally charged, complex and fuelled by current events. We can use these events to demonise the other or shift our attention to finding new solutions together.

Inspired by these realisations, we established the Tectonic Leadership Center for Conflict Transformation and Cross Cultural Communication, whose mission is to identify and create pairs of leaders on opposite sides of conflicts to take joint ownership of transforming them.

The Tectonic Leadership (TL) model uses documentary films like To Die in Jerusalem to introduce conflict situations. Then, through role playing, participants experience both narratives, using the tension surrounding specific conflicts to uncover the deepest truths about their lives, thoughts and feelings and create a shared, congruent identity without changing their core beliefs.

The pairs build their own support structure based on the discipline and commitment to care equally about self and other, holding each other accountable and standing with each other in both communities, especially during times of crisis.

Since that first phone call, we have not been spared contentious events – would a nuclear Iran be a threat or provide balance? Is Hezbollah a terrorist organisation or liberator? Paired and committed, we step together into the fault line, probe below the surface, examine the tension and use it to connect our communities.