A Message for Arab Poets: Stick to the Poetry! 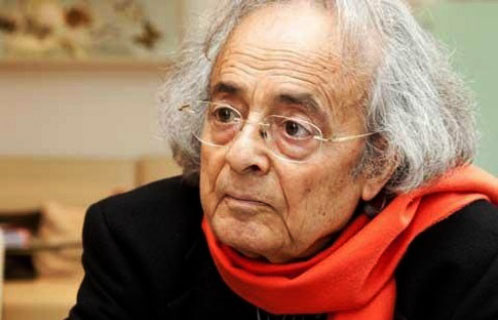 The book is wonderful, and I have a review of it coming out sometime-ish in The Kenyon Review. (Or it already appeared? I’m not always good at keeping track of these things.)

I, like Donatich, recommend that you acquire and read the collection Adonis: Selected Poems, translated and assembled by the accomplished poet Khaled Mattawa. Donatich says that he’s sent off a “carton” of the books to the Swedish Academy, and I say: Bully for him. But that doesn’t mean I suggest you swallow Adonis’s political opinions about “the Arab World” any more than I suggest you swallow Martin Amis’s. My goodness, I don’t suggest that you swallow mine, either.

Some of Donatich’s description of the collection is a bit odd, such as, “At heart, Adonis’ poems have great heart.” At heart, some of Adonis’s poems are exceptionally cold; but brilliantly cold. Glitteringly cold. Many of Adonis’s poems are outside of “heart”; many of them climb to exceptionally airless and chilly places, making for an incredible ride. Anyhow, if I want heart, I can read some Dickens.

But that’s all fine. These were the words that came to me in the email promo and made me snort:

A champion of secular democracy, Adonis has been critical of organized and fundamental religion. He describes himself as “among those who seek the ills of the Arabs in their own history, not outside of it.” He believes that the vast majority of Arab societies is not teeming with violent resentment but actually living with great apathy, oppressed by an obscurantism, based on an archaic interpretation of life and religion.

I’m not sure what exactly he means by “in their own history, not outside of it,” and whether colonialism, for instance, is supposed to have occurred “outside” of Arab history. But as for the great apathy, I would direct Mr. Ali Ahmad Said Asbar’s attention to the wonderful bravery being shown on the Tunisian and Egyptian streets and the tremendous (justified) fears that have been overcome.

However, in the end, I don’t think it matters what Adonis thinks about “the Arab world.” His poems, for me, can stand alone. But I do think we Anglos accept any Arab “self-criticism” with an astonishing degree of…heart.