A Lost Ramadan Tradition: Where Have the Drummers Gone? 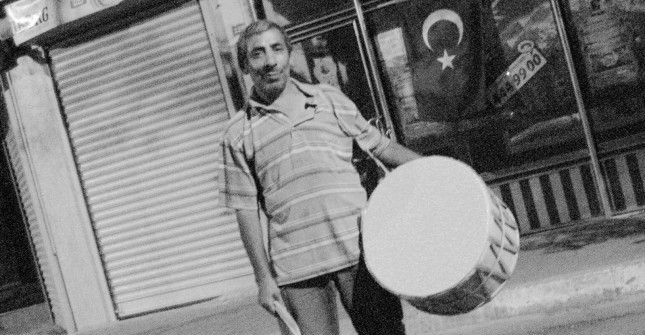 With Ramadan starting in a couple of days, you can feel the excitement mounting in preparation for the Holy Month of fasting.
In the UAE, the faithful are expected to start the dawn to dusk fast on Wednesday depending on the visual sighting of the crescent moon.

It is a month of spiritual reflection, improvement and increased devotion and worship.Ramadan also inculcates such virtues as self-discipline, self-control, sacrifice and empathy for those who are less fortunate. It encourages acts of generosity and compulsory charity or zakat.Daytime life slows down considerably during Ramadan and most expats leave the Emirates, especially as the Holy Month has been in the summer for the past few years.But after iftar — or breaking of the fast – at sunset and the special Taraweeh prayers at the mosque, everyone is out and about until suhoor, the meal just before dawn.
I find the Taraweeh magical and usually rush home after work at 9 pm to sit in the garden and follow them from the mosque next door. (See Ramadan Taraweeh: A 14-century legacy).

The Taraweeh are special prayers featuring recitations of the Quran after ‘Isha (the last evening prayer). They are performed at the mosque, where the congregation prays and listens to passages from the Quran.About a thirtieth of the Qur’an is recited each evening so that by the end of the blessed month, the entire Holy Book would have been completed.Attending Taraweeh in congregation at the mosque after ‘Isha is recommended but non-compulsory. They are a very popular and anticipated feature of the day.

Although I don’t observe Ramadan, it is still a month that holds great memories accumulated over the years.Ramadan is all about the spirit of giving and communal gatherings, whether with friends or participating with family.Every year I look forward to writing these Ramadan posts and you can read some past ones from the links below. This year I was looking back on my time in Sidi Bou Said (Tunisia) and Beirut, when we used to wake up to the M’tabbel or M’sahhir – the Ramadan drummer that is.
Just before dawn, Muslims observe suhoor — the pre-fast meal – followed by the fajr prayer, the first of the day.

In times gone by, the Ramadan drummers would walk the streets, beating their drums to wake people up in time for suhoor. It is a tradition that dates back to the Ottoman Empire and is dying away with the onset of technology.Urban living and high-rise buildings make it more difficult for the drummer to be heard. In some places it is considered noise pollution. It is also thought that with mobile phones and alarm clocks, there is no danger of sleeping through suhoor. But we used to look forward to the M’tabbel passing through the neighborhood. He was known to most residents and often survived through the tips he was given at the end of the Holy Month for Eid.

The M’tabbel would walk the streets, often joined by children and would beat his drum three times every couple of houses while chanting. He was invariably invited to share people’s suhoor, a cup of tea or juice at one home or another because he wouldn’t get back to his own in time. Ramadan is the ninth month of the Islamic calendar and its annual observance is one of the five pillars of Islam considered obligatory by believers and the foundation of Muslim life: belief, worship, charitable giving, fasting during the month of Ramadan and the pilgrimage to Mecca for Hajj at least once in a lifetime. The pillars are mentioned in the Quran and summarized in the famous hadith of the Angel Gabriel. The hadith attributed to Abu Hurairah (Sahih al-Bukhari, 1:2:48) goes like this:
One day while the Prophet (PBUH) was sitting in the company of some people, (The Angel) Gabriel came and asked, “What is faith?” Allah’s Apostle replied, “Faith is to belief in Allah, His angels, (the) meeting with Him, His Apostles, and to believe in Resurrection.”

• “When a slave (lady) gives birth to her master.
• “When the shepherds of black camels start boasting and competing with others in the construction of tall buildings. And the Hour is one of five things which nobody knows except Allah.”
The Prophet then recited: “Verily, with Allah (Alone) is the knowledge of the Hour.” (31.34) Then that angel (Gabriel) left and the Prophet asked his companions to call him back, but they could not see him. Then the Prophet said, “That was Gabriel who came to teach the people their religion.”

Abu Abdullah said: He (the Prophet) considered all that as a part of faith. Are there still, I wonder, Ramadan drummers waking the faithful for suhoor? Are there any in Dubai that we could join on their route?
I wish my readers who will be fasting a Ramadan Kareem and syam ma2boul.