Lesson from Egypt: How to Reject a Literary Prize 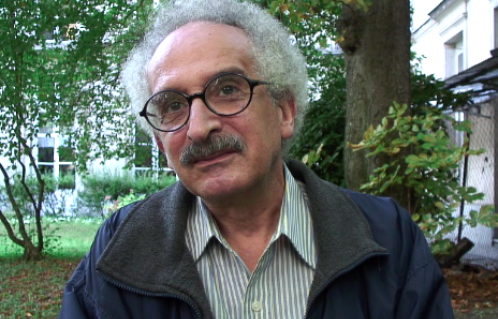 British writer Ian McEwan took a lot of heat for accepting the Jerusalem Book Prize. The literary award is given out every two years at the Jerusalem International Book Fair, an event that appears to be put on by the Jerusalem municipal government.

In response to British writers who criticized his decision to accept the prize, McEwan wrote:

I’m for finding out for myself, and for dialogue, engagement, and looking for ways in which literature, especially fiction, with its impulse to enter other minds, can reach across political divides.

But there are ways to do both: reject the prize and dialogue and engage, though it may not be to the liking of those who have awarded you the honor.

The lesson comes from Egypt, naturally. I discovered this by finally getting to the back of the book of the February issue of Harper’s. It’s from a retrospective review of two Egyptian writers, Albert Cossery and and Sonallah Ibrahim.

At the closing ceremony of a literary festival held in Cairo in October 2003, Sonallah Ibrahim was given the Arab Novel Award, an honor bestowed by the Egyptian Ministry of Culture that includes a significant cash prize. To the surprise of many in the audience, Ibrahim, a well-known dissident, attended the ceremony and even delivered a speech. He began it by thanking the prize committee and denouncing the complicity of Arab regimes with the foreign policies of Israel and the United States, which is how Cairene intellectuals clear their throats. He then moved on to harder truths. In Egypt, he observed, “We no longer have any theater, cinema, scientific research, or education. Instead, we have festivals and the lies of television… Corruption and robbery are everywhere, but whoever speaks out is interrogated, beaten, and tortured.” In view of this “catastrophe” and the “impotence” of Egypt’s foreign policy, Ibrahim had no choice, he said, but to refuse the prize, “for it was awarded by a government that, in my opinion, lacks the credibility to bestow it.”

In Egypt, this speech is legendary.