How To Write About Sunni and Shia Issues Today: A Guide 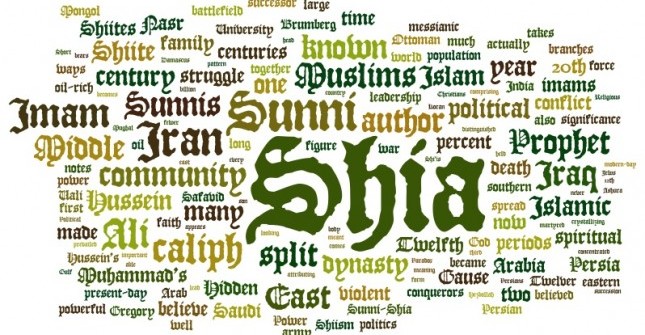 In a column for Al Arabiya TV, Abdullah Hamidaddin offers up six ways in which we should not look at the Sunni-Shi’a bifurcation. In fact, he suggests, we probably shouldn’t even be using those two words because their meaning has changed considerably over the past 1,400 years.

History certainly has its uses. It does help us see how people in the past — very similar to us in terms of motivations — have dealt with issues both wisely and unwisely. But there’s only so much a snapshot of an historical period can inform us. The world changes along with language. Perhaps “Sunni” and “Shi’a” continue to have important meaning when it comes to religious doctrine or ritual, but neither of them has been exactly static since they first dawned upon the Earth. Even more, the politics around them has changed. Those changes started about 1,400 years ago, too, and they now cover a lot of ground. Hamidaddin also points to the fact that neither “Sunni” or “Shi’a” really has a unitary meaning across the globe. Each group has its subgroups and both practices and philosophies can differ greatly.

I recommend reading the entire article.

In the beginning of the 9th century Charles I King of the Francs was crowned Emperor by Pope Leo III. This challenged Empress Irene who ruled the Byzantium Empire from its capital Constantinople (modern Istanbul). This had a long lasting consequence on the relationships between Asia Minor and Europe which were already bad. Today we can see the effect of that event on the relations between modern Turkey and Europe and on the European hesitation to allow Turkey in the EU. It is because of that conflict between Charles and Irene in the 9th century.

I need not say that this is nonsense. But it is such nonsensical analysis which more than often guides the view towards the Middle East and Muslim communities at large. Whenever a writer explains contemporary politics by reference to the civil wars between Muslims in the 8th century he/she is doing exactly the same thing.

The tectonic shift from those times to now makes absolutely no sense whatsoever to even contemplate on those events 1400 years ago as a prelude to understanding today. A shift that is not less in any way than that which happened from the time of Charles I, Pope Leo III, and Irene. But while everyone can see the shift in this latter case it seems much harder in the former one.

Why is that? Maybe we got used to the former. We grew up talking about Sunnis and Shiites fighting each other. We read all the time that Sunnis did this to Shiites and Shiites did that to Sunnis. Of course this does not excuse the critical mind, even the noncritical mind. If we spent thirty or forty years talking about conflict between Europeans and Asian Minors does that justify seeing that nonsense in a different light?