‘A Clash of Civilisations?’: It’s More a Blend in Reality 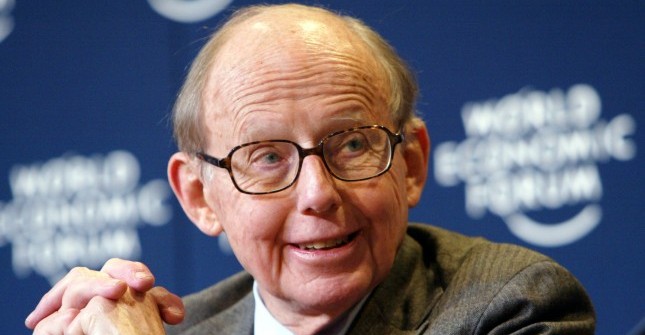 It is a fact that the notion of a clash of civilisations, first popularised by the American academic Samuel Huntington, is more relevant than ever in the minds of many people. Especially when it concerns Muslim-Western relations, there is a view that Muslim and Western values are incompatible.

And yet Huntington’s argument that after the Cold War conflict would be defined not by ideology or economics, but by cultural differences, was indeed prophetic since culture has become the principle basis for differentiation, even if culture itself is often viewed in far too static a way.

The reaction to Huntington’s conclusion was generally one of unease. If what he said was true, then the future of the world could be very bleak indeed. Cultural differences would be regarded as sinister rather than as foundations of invigorating diversity. For many, Huntington seemed to be looking at the glass half empty, when the very concept of global interaction, and globalisation in general, imposed a far more heartening reading of the situation.

Both sides had a point. Huntington was prescient for realising that the causes of conflict would shift away from ideological antagonism (though the argument with respect to economics was less persuasive), even if they remained firmly in the realm of ideas. However it is also true that, in his rendering, global relations seemed to reflect an apocalyptic vision – that of perennial discord and enmity.

There is nothing wrong with discussing the disparities between Western and Muslim values, but to lend to the discussion unchangeable qualities on both sides is to miss the adaptable nature of culture and the ability of humans to modify cultural reactions in changing environments.

If one wants to question Huntington’s paradigm, it is in the sphere of perceptions where that has to be done. For many people in the West, the Arab uprisings since 2011 have been a case in point. These people have come to believe that what began as a yearning for democracy and freedom has ended up favouring Islamist groups (groups that believe there is a role for Islam in politics) that are neither particularly democratic nor tolerant of freedom, and who have usually sought restrictive legislation against women, a substantial portion of their populations.

But the reality lies in the nuances. For example, in Egypt and Tunisia, the Muslim Brotherhood and Ennadha parties have taken over major state institutions. While they have allowed behaviour unheard of under the old regimes, they have also become increasingly contested as they have retained powers allowing them to restrict certain freedoms, such as freedom of expression, while riding roughshod over representative bodies.

Acknowledging the complex undercurrents of the Arab revolts is necessary in order to grasp what is going on. The notion that there is something irreconcilable between the aspirations of Arab societies and those of western societies is simplistic, and often wrong, just as it is equally naïve to expect that Arab societies in ebullition will wholeheartedly embrace Western values, such as secularism, the primacy of the individual at the expense of the group, and so on.

To demand such an embrace, no less than declaring it impossible, is to believe that culture talks in absolutes.

In the last 12 years since the 9/11 attacks, familiarity has led to a better Western understanding of the complexities in the Muslim world, while far-reaching changes in the Muslim world have undermined a black and white view of the region in the West. When Syrians revolted two years ago, they had no hesitation in asking for Western help, just as the overthrow of pro-Western autocrats was regarded favourably in the United States and Europe.

A Syrian or Egyptian still regards freedom much as a Frenchman or an American does, even if the preferred social contract each will favour to protect those freedoms differs. Perhaps some will want more secularism, others more religion. But if the preferred social contract ends up undermining those same freedoms, then the chances are that new rebellions will occur at some stage.

Huntington was correct in looking toward culture as the boundary between Western and Eastern societies. But boundaries are ever-changing and values cross over between cultures by osmosis. To assume cultures are autarkic and unchanging is as erroneous as to assume that cultural distinctions are invariably resolvable. The truth about culture lies in the middle; values are transposable, which is why identity is most enthralling when they are tethered the least.

Michael Young is opinion editor of the Daily Star newspaper in Lebanon.