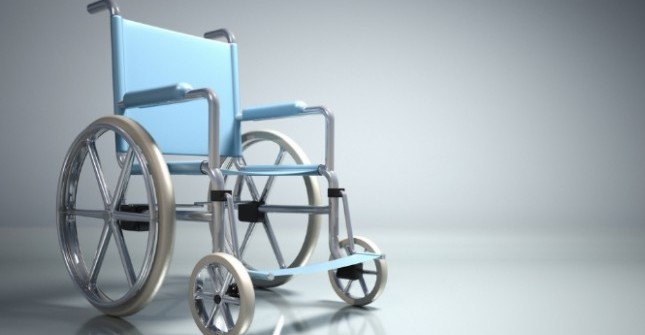 Shariah law, as practiced in Saudi Arabia, operates on the principles of Lex Talionis — an eye-for-and-eye. It is moderated by the concept of qisas, which permits the offended or the family of the offended to excuse a perpetrator from punishment, either as an act of mercy or as the result of the payment of “blood money”, diyya.

To say that this is out of step with the 21st C. would be an understatement, with no better example than a current case now being condemned internationally. Here, the family of a man paralyzed in a criminal act (unspecified) is calling for the person responsible for the crime to be crippled, and so confined to a wheelchair, as their son was. That the culprit has spent ten years in prison is insufficient punishment. The family, according to reports, has rejected the offer of a cash payment of $270,000 and chooses to show no mercy.

In cases like this, it’s not uncommon for the Saudi Arabian government to lean on families insisting on exerting the full power of the religious rights. The damage done to Saudi Arabia’s reputation, dignity, and image is considerable; following the letter of the law to its conclusion is even more damaging.

It is going to be exceedingly hard — if not impossible — to make a change in law that directly reinterprets a Quranic injunction and so to make the acceptance of blood money the only response. A law that made sense nearly 1,500 years ago no longer makes sense. The change can be accomplisehd, but it will take bravery on the part of the government and the clerics.

Saudi court said to order criminal to be surgically paralyzed

DUBAI (Reuters) – Amnesty International has condemned a reported Saudi Arabian court ruling that a young man should be paralyzed as punishment for a crime he committed 10 years ago which resulted in the victim being confined to a wheelchair.

The London-based human rights group said Ali al-Khawaher, 24, was reported to have spent 10 years in jail waiting to be paralyzed surgically unless his family pays one million Saudi riyals ($270,000) to the victim.

The Saudi Gazette newspaper reported last week that Khawaher had stabbed a childhood friend in the spine during a dispute a decade ago, paralyzing him from the waist down.