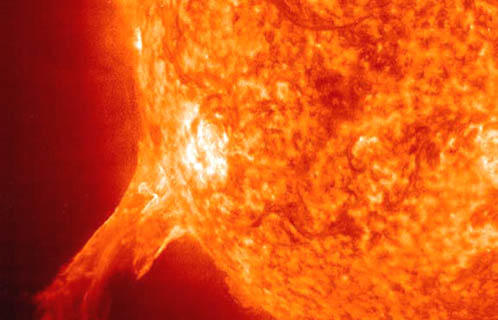 I went to look at ‘New Shelter’ with Ahmed Bin Shabib recently. We took his car. The New Shelter looks stunning, they have been true to their word and built a barn within a warehouse. Mad.

(The Shelter is Dubai’s uber-funky hangout for designers, architects and other creative types. It’s the Mother Ship for GeekFest)

We wandered around, talked about possibilities and took in the surrounding funky art galleries and stuff.

The big car was hot from standing in the Dubai summer sun. Ahmed pulled down all of the electric windows as we got into it, putting the AC onto ‘blow’ as he pulled away. He caught my surprised look.

He explained, and I have to say after twenty years in the Middle East (and twenty years of clambering sweatily into hot cars) I think he has a point – one that I’ve missed all this time. I mean, do you really want to be breathing in the fumes from an enclosed space jammed with super-heated plastics every time you get into your car? It’s like doing glue from hot vinyl bottles…

I’ve started popping open those windows, no matter how hot it is outside. I wish I’d thought of it myself – twenty or so years ago.

(My all time record was in the early ’90s, a miserable day when the Paj’s internal thermometer measured 65C and I turned the starter to be met with a blast of super-heated air through the dashboard. Yummy!)

I’m off to the UK tomorrow, BTW. Enjoyyyy! 😉