3Fs Forum: ‘All of the Big Questions Up for Discussion’ 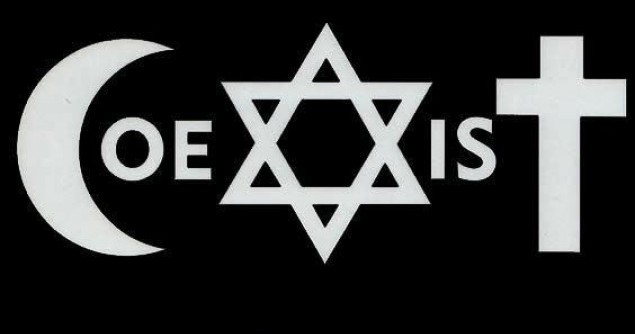 The UK’s National Interfaith Week, which included art exhibition Urban Dialogues, fell this year at a particularly poignant moment. With Gazans and Israelis 2000 miles away exchanging fire and living in fear of what one “side” might to do to the other, it was a sobering reminder of the importance of interfaith initiatives like this.

“We don’t want communities to go to their separate corners,” says Stephen Shashoua, director of the Three Faiths Forum (3FF) in London, which organised the event. “This is the time when people really need to come together, to ensure that these problems don’t spill out. We have created a shared space here.”

The UK, home to followers of everything from Buddhism to Zoroastrianism to Mormonism, is often lauded for its multiculturalism, and many Brits are rightly proud of this. But, too often, people from these different backgrounds do not have the chance to meet and find themselves confined to an insular community.

“Multiculturalism is a funny thing,” says Nendie Pinto-Duschinsky, a Jewish artist from London. “People have these enclosures and they don’t necessarily come together.” Muslim artist Husna Lohiya agrees: “There are all these different people but they never talk to each other.”

Nendie and Husna are part of a group of artists from various religious backgrounds participating in Urban Dialogues. The project is run by the 3FF, an interfaith education charity aimed at bringing together those of different faiths and integrating communities.

The participants collaborate to produce shared artworks, a process which itself involves dialogue and negotiation between those of different backgrounds. The resulting exhibition, launched on Tuesday to coincide with National Interfaith Week, provokes debate between viewers and encourages them to ask questions—from “How much do religions have in common?” to “Why do Muslims wear veils?”

When dealing with a topic as sensitive as religion, these are questions people may not have asked before. It’s an open space where, as one artist put it, “everything is up for discussion.” As with religion, there is no single way of understanding an artwork, so discussion is a necessity. Now in its fourth year, the exhibition attracted nearly 1000 visitors in 2011 in just 10 days and has obviously struck a chord.

Art can be one of those incentives. As former Archbishop of Canterbury Rowan Williams wrote in 2005, art “generates difference, self–questioning, in the perceiving subject. It makes us present to ourselves in a fresh way, and so engages us in a dialogue with ourselves, as well as with the object and with the artist and with what the artist is responding to.”

“People tend to underestimate the power of art,” says Husna.

Some of the works created for Urban Dialogues reveal similarities between religions.

For example, one piece centres on the hand movements used in Jewish, Christian and Islamic rituals. Another piece, by Nendie, explores the use of make–up during worship. “People always try to find things in common between religions,” she says. “I wasn’t looking for that but, as my research progressed, it just became so obvious.”

Multiculturalism in Britain may have its flaws, but according to Stephen it enables experimentation with different ways of bringing people together. Urban Dialogues is one of those methods.

Miki Shaw, a Jewish artist who collaborated with Marta Rocamora, from a Spanish Catholic family, and Sedi Ghadiri, from an Iranian Muslim background, agrees. “We’re modelling one way of doing things,” she says. “We’re three people who come from different backgrounds, who possibly would never have met each other and who work in different disciplines, but we came together to form a team.”

“I had never met a Jewish person in my life,” admits Marta. “I went to Miki’s house and there was the mezuzah (a piece of parchment inscribed with Hebrew verses from the Torah) and photos of a Jewish wedding. I think it’s really healthy to have the opportunity to ask questions about these things,” she says.

The need for opportunities to ask questions is something that comes up time and time again. “With religious prejudice, we grow up with a reluctance to share and if we can overcome that we can help bring people together,” says Sedi.

Jessica Abrahams is production editor at Prospect magazine and has written for publications including The Guardian and Bloomberg News.