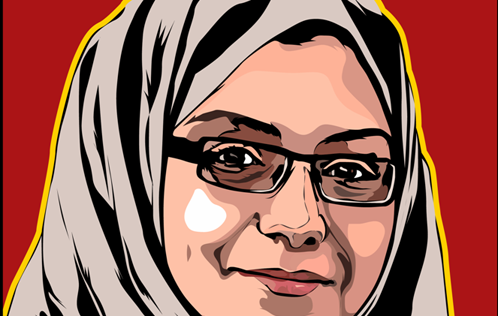 What a year for the women of the world!

For those fed on a Disney diet, there was the chance to live the dream of becoming a princess. Enter Kate Middleton, who married Prince William and may be Queen some day.

For those with economic dreams, Christine Lagarde became the first female managing director of the IMF. And for those with political leanings, Angela Merkel has taken an increasingly central role in Europe.

And another activist in the year’s phenomenal change was Asma Mahfouz, whose powerful YouTube video paved the way for Egypt’s revolution.

Of course, handbags and shoes still grab the headlines. The spiky heels of the Turkish president’s wife, Hayrunnisa Gul. won her a reputation for outrageous shoes wherever she goes.

Pakistan appointed its first female foreign minister (hurrah!). Despite her competence, on a trip to India it was her fashion sense and Birkin handbag that won plaudits.

But was it all shoes and handbags? Of course not. Incredible ordinary women through simple but profound actions have taken a stand for women’s rights. Farzana Yasmin put her foot down against the illegal dowry system that remains culturally entrenched in Bangladesh and often results in enormous family debt, as well as abuse and even death of wives.

When the groom’s family demanded “gifts” barely hours into the marriage, Yasmin demanded a divorce.

Manal Al Sharif was at the forefront of the Saudi women’s campaign to secure the right to drive in Saudi Arabia. It’s a daily activity we take for granted elsewhere.

There were women who got it spectacularly wrong. A failed Kuwaiti MP, Salwa Al Mutairi, suggested men should be allowed to have sex slaves (er, no) and that Chechnya was a great place to recruit them (I can’t even begin to explain how wrong that is).

A Malaysian group of women set up the Obedient Wives Club with the ethos that if men strayed it was the wife’s fault for failing in their conjugal duties. And don’t get me started on the 27 wives of Israeli rabbis who warned Jewish women to avoid Arab men because they would use all sorts of tricks to lure them into marriage, changing their names and even being polite, but once the girls were in their evil clutches in their villages, they would suffer “cursings, beatings and humiliation”.

There were men who got it wrong, too. In Bangladesh a husband chopped the fingers off his wife because she enrolled in a college for higher education. The woman is to be admired: she says she is practising writing with her left hand so she can continue her studies. The French president Nicolas Sarkozy was another, introducing the ban on the niqab in France, as did the Belgium prime minister, Yves Leterme.

How could I possibly include all the women who filled our headlines over the past 12 months, for their bravery and impact? I can’t. But I offer my respect to them, and express my joy that the march towards a fairer, more respectful society for women might be slow, but the march does continue.