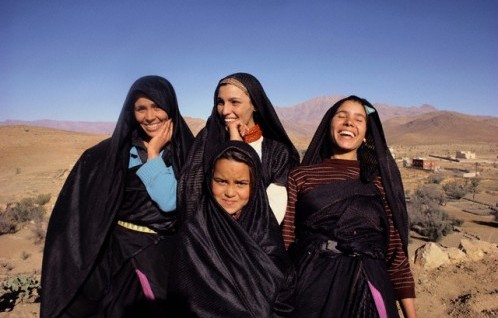 The new reforms outlined in the June 2011 Moroccan constitution can be grouped in three major categories: separation of powers, independence of justice, and good governance. However there are other key reforms that have gotten less attention but will have a major impact on Moroccan society, including a recognition of Morocco’s multicultural roots, a greater recognition of gender equality and more freedom of speech.

While the new constitution provides much needed reform in these areas, the real work that needs to happen will be on the ground, in individual communities, translating these constitutional rights from rights on paper into rights in practice. Without a serious commitment to this work, these reforms will be void of meaning.

With these vast reforms, various groups who were previously overlooked or altogether ignored are now finding their issues at the forefront of the country’s politics. Take for example two once-marginalised groups: women and the Berber population (the indigenous peoples of North Africa). Their issues are now at the heart of the new Moroccan constitution.

The fate of women has been closely tied to the fate of the Berber population throughout Morocco’s history. Since the mid-1980s, activists have been increasingly demanding both the legal recognition of Berber as an official language and the legal rights of women.

These two demands are linked. Within Berber communities, women are the ones who preserve and transmit the language due to their family roles educating their children. As fewer women can read and write, they also preserve Berber’s oral tradition and are less likely to learn standard Arabic, the country’s official language.

The new reforms in the constitution institutionalise Berber as an official language (alongside Arabic) and reinforce the presence of this language in education and media. The constitution also institutionalises gender equality by encouraging the creation of women’s rights organisations and giving women more legal rights – including the right to sue for divorce and to maintain custody over their children even if they remarry. All that is needed now is the political will to enact these gender and language reforms.

The slowness of the implementation of these reforms is largely due to a high rate of female illiteracy, poverty, and pervasive patriarchy, all of which constitute serious barriers to women’s position rising in society and their understanding of the reforms. Since the new Family Code was promulgated in 2004, the state has tried to overcome these barriers by facilitating access to justice by creating information centres for women, providing training sessions on women’s rights for lawyers and judges, creating family tribunals and hiring social workers to help women understand their rights.

The state’s current efforts are welcome but not sufficient. In order for women to be able to take advantage of these reforms, cultural attitudes about gender will have to shift.

Indeed the most important work is done by women’s non-governmental organisations and various feminist groups who not only make the government’s efforts viable but also create their own centres and training sessions for women.

For example, the Democratic Association of Moroccan Women and the Union for Feminine Action both aim to ensure the application of family code reforms by raising women’s own political awareness and alerting judges and lawyers about ways of dealing with culturally sensitive issues.

In the case of the Berber community, the Royal Institute for Amazigh [Berber] Culture (IRCAM) and other Berber NGOs have largely contributed to pushing the Berber issue in constitutional debates. However, the ministries of education and communication have been slow to respond.

In the long term, the implementation of gender and language reforms will need strong political will in the field of education and the media, because these are the two fields that shape individuals’ attitudes about gender and ethnic equality. Without changing attitudes, there will still be cultural resistance to equality. New measures such as providing schools with textbooks that promote gender equality and use both Berber and Arabic, alongside curricula that help foster these same ideals, will not only lead to a democratisation of the Moroccan educational system, but also to a more realistic media system.

Additionally, more quality television programs in Berber are needed, as many Berber-speaking people are illiterate. The existing programmes need to be augmented and the radio, television and newspaper outlets that have only have limited reach need to be given a wider audience.

If the state takes such measures, the recent reforms can have a real impact on the ground, where it matters.

Fatima Sadiqi ([email protected]) is a former Fulbright Scholar and recipient of a Harvard Fellowship. She was appointed as a member of the UN Council for Development Policy (ECOSSOC), and the Administrative Board of the Royal Institute of Amazigh Culture (IRCAM). Her website is: www.fatimasadiqi.on.ma.