Where is the ‘Arab Lobby’ in the United States? 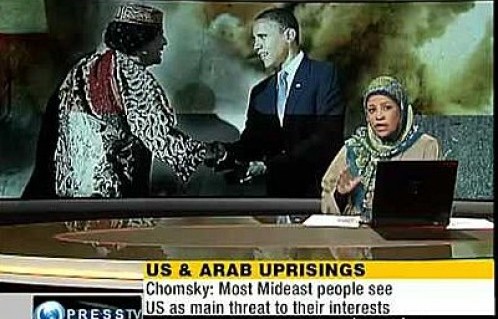 Abdulateef Al-Mulhim is one of my favourite Saudi current affairs commentators. In his column Why Arabs fail to influence Americans in today’s Arab News he weighs into the debate on the relative ineffectiveness of Arab lobbying in Washington when compared to the Israeli lobby. Here’s an extract:

“Arab officials come to Washington and meet officials and never think about visiting a college in the American countryside or meet their fellow American Arabs. And to my amazement, any Arab official wouldn’t give a lecture if there is an Israeli official present —even if it is a medical or science conference that talks about new medicine or new discovery that saves and help humans. The irony is that the same Arab medical staff would use the medicine that those Israelis have developed. This is bad public relations from the start.

We, the Arabs didn’t know how to handle the strength of the American media and to take advantage of how liberal the media are. Is it because Arab officials care about their personal interest rather their own people? Or is it because some Arab officials are exposed to avenues of corruption and human rights abuse? We never saw an Arab official on meet the press. Can you imagine Muammar Qaddafi setting next to former Ohio senator and astronaut John Glenn and talk about achievements for the world? What did the Israelis do in the US? They simply talked to the American people first.

I came across the name of the current Israeli prime minister in the 70s when I read the story of the Netanyahu operation in Entebbe where Benjamin’s brother was killed. And from that day Benjamin Netanyahu was present in the American media. And during the invasion of Kuwait, he was part of CNN. And on May, 24, 2011 he was getting more standing ovation than the president of the United Sates when he was giving his speech to the US Congress. And my question is, why was he able to overwhelm the Congress? I think, because he started to study the American mind and he took advantage of it. He lived in the US and knew how to play their games. At the same time, there are millions of Arabs who lived in the US, but unfortunately they stood idle and spent days and nights complaining about Jewish organizations such as AIPAC and never thought of integrating into the American life and politics. Egyptian President Anwar Saddat had an open channel to the American media. He became a very close friend to Walter Cronkite, a very influential media figure. But, what did the Egyptians do to their president? They assassinated him.

We have 22 Arab states and we complain of why the Israelis over took the helm in the American media. The Arabs couldn’t have an organized public relations with the world. There are a lot of congressmen and congresswomen who would like to see an Arab figure to speak to the American Congress, but the figure must have charisma, language skills and international track record of achievements and it is important that he has a relationship with his own people back home. The Arabs must be present in the international arena, but they must fix things at home first before talking to the outside world. The world will not listen to a leader who has billions in their vaults while poverty is widespread in his country and the world will not listen to a leader who orders his air force to bomb his own cities. When Netanyahu went to the playground, he already knew the cheering crowd before he knew the referee. The crowd is the Congress and the referee is Barack Obama.”

Mr Al-Mulhim is right when he sets out the criteria under which an Arab leader will be listened to at the level where lobbyists function. As he says, the Arab world consists of 22 nations. Each has its own interests which, to a greater or lesser extent, compete with each other. The Arab League has great difficulty in finding common denominators. The Gulf Cooperation Council has the commonalities of oil wealth and monarchies intent on maintaining their own positions within their domains. But even they cannot reach consensus on critical issues such as a common currency.

There are talented and media-friendly leaders both within the GCC and the wider Arab world.

The most influential and powerful Arab nation outside of the GCC is Egypt, which is still going through its period of turmoil – there is no guarantee that a leader with the charisma of Anwar Sadat will emerge through the revitalised democratic process.

The monarchies of the GCC have never placed a priority on appealing to the grass roots of Western politics. They have never had to deal with the rough-and-tumble of the democratic process as Netanyahu has. They view challenges to their authority or views as impertinence or even lèse majesté – not a productive way of dealing with the US congress and the parliamentarians of Europe.

Probably the most charismatic monarchs of the past fifty years have been King Faisal of Saudi Arabia and King Hussain of Jordan. Of the two, Hussain had the requisite common touch, whereas Faisal generated respect rather than empathy.

Of today’s hereditary leaders, Hussain’s son, King Abdullah II of Jordan and Crown Prince Salman of Bahrain stand out as the two leaders of vision who would most eloquently address a joint session of the US congress. Unfortunately, neither would be able to claim to have the weight of the entire Arab world behind them.

So the challenge facing the “Arab Lobby” is immense. A single highly-motivated state with long-standing cultural ties to the West and politicians skilled at pressing the flesh, competing against a disparate collection of states, many in turmoil and divided by a common language.

Unless a charismatic leader  emerges who can do more than pull the political levers, can reach out to the “Western street” and enjoys widespread respect within the Arab world, the contest between the Israeli and the Arab lobbies will continue to be unequal.

I suspect that it will take some time before such a leader manages to transcend local rivalries and overcome the fratricidal instincts of the competing power bases within the region. And sadly, such is the cultural gap between the Middle East and the West, it’s hard to see a universally respected non-political figure from the Arab world – a humanitarian businessperson, a cleric, scientist, artist or novelist perhaps – who could touch the hearts and minds of Western opinion-shapers in the same way as Archbishop Desmond Tutu, Albert Einstein or Alexander Solzhenitsyn.

But we are where we are, and as Mr Al-Mulhim says, the Arab nations should continue to pay the maximum attention to “fixing things at home”. They should also encourage their leaders to acquire the skills and mindset to connect with foreign constituencies, and promote passionate Arabs like Wael Ghonim to project the future face of the Middle East.

2 Responses to Where is the ‘Arab Lobby’ in the United States?