What’s Happening to Palestinians Has a Name: ‘Apartheid’ 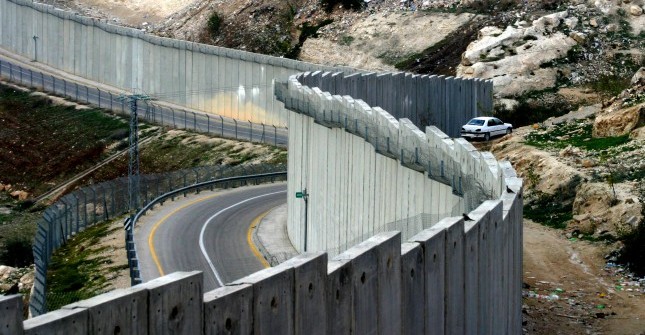 Were it not for the razor wire, giant concrete blocks, steel gates, watchtower and standard-issue surly teenage soldier, it would be impossible to tell at what point the barren uplands of Israel’s eastern Negev give way to the South Hebron Hills of the West Bank.

The military checkpoint of Shani vaguely marks the formal demarcation between Israel and occupied Palestinian territory, but in practical terms the distinction is meaningless. On either side of the Green Line, Israel is in charge.

In recent weeks it has been intensifying a campaign to evict Palestinian farming communities summarily from their ancestral lands to replace them with Jewish newcomers.

Israeli human rights lawyers, tired of the international community’s formulaic criticisms, say it is time to be more forthright. They call these “ethnic cleansing” zones – intended to drive off Palestinians irrespective of the provisions of international law and whether or not the Palestinians in question hold Israeli citizenship.

In the occupied South Hebron Hills, a dozen traditional communities – long ago denied by Israel the right to enjoy modern amenities such as electricity and running water – are struggling to remain in the cave-homes that sheltered them for centuries.

Israel has reclassified much of their land as a military firing range and demands that they leave for their own safety. An appeal to the Israeli courts, the latest instalment in a 14-year saga to avoid eviction, is due in the next few days.

Israel’s concern for the villagers’ welfare might sound more convincing were it not encouraging Jews to live close by in illegal settlements.

Palestinians in other parts of the occupied territories coveted by Israel – such as villages next to Jerusalem and those in the fertile Jordan Valley, the territorial backbone of any future Palestinian state – are being squeezed too. Firing ranges, closed military zones and national parks are the pretexts for Israel to appropriate the farmland these rural communities need to survive.

As a result, Palestinian life is withering in the nearly two-thirds of the West Bank Israel was temporarily entrusted with – the so-called Area C – under the Oslo Accords. Endlessly harassed Palestinians have sought sanctuary in West Bank cities under Palestinian Authority control. Today the remnants in Area C, a population of about 100,000, are outnumbered three to one by Jewish settlers.

A discomfited European Union, normally mealy-mouthed on Israel’s occupation, has started to describe this as “forced transfer”. The term may sound ominous and reproving, but human rights groups say that, from a legal perspective, the terminology obscures rather than illuminates what is taking place.

Bishara and others argue that Israel is carrying out a systematic and intentional policy to drive Palestinians off their land to replace them with Jewish communities. This, they say, should be identified as “ethnic cleansing”, a term first given legal and moral weight in the Balkans conflict in the early 1990s.

As evidence, the lawyers point to recent developments inside Israel. The treatment of tens of thousands of Bedouin in the Negev, all of them Israeli citizens, is virtually identical to that of Palestinians in the South Hebron Hills.

The Bedouin too have faced a prolonged campaign to push them off their ancestral lands and into a series of “townships”, forcibly urbanising them in the country’s most deprived communities. In the disconcerting language of Israeli bureaucracy, the Bedouin need to be “concentrated”.

Israel has increased the pressure – as in the West Bank – by denying these Bedouin all public services, and demolishing any concrete homes they build. As with Palestinians under occupation, the Bedouin have found their communities reclassified as firing ranges, military zones or national forests.

The village of al-Araqib, near Beersheva, for example, has been demolished more than 50 times in recent years as Israel plants on its land – with a suitably sinister irony – the Ambassadors’ Forest, commemorating the help provided to Israel by the international community’s diplomatic corps.

Waiting in the wings are developers ready to build on the Bedouin’s land 10 new towns for Jews only. The rest of the territory is being eaten up by Jewish ranches, given swathes of land to create vineyards, offer camel rides and, in one case, provide a pet cemetery.

But, as in the West Bank, the Bedouin are refusing to budge, and pressing their historic land claims in the Israeli courts. Rather than wait for a verdict it may not like, the government of Benjamin Netanyahu is rewriting the Bedouin’s citizenship rights.

The Prawer plan, which passed its first reading in parliament last month, will force 40,000 Bedouin off their land – the largest expulsions inside Israel for decades. Unlike Jewish citizens, they will have no say over where they live; they will be forcibly assigned to a township.

For the first time, Israeli citizens – the Bedouin – are to be deprived of any recourse to the courts as they are harried from their homes. Instead Israel will resort to administrative procedures more familiar from the occupied territories.

The policy is clear: Palestinians on both sides of the Green Line are to be treated like sheep, fenced into ever-smaller areas, while Jews will have unrestrained access to a Greater Israel envisioned by Mr Netanyahu.

The international community has long criticised Israel for the “discrimination” its Palestinian citizens face and for the “oppression” of Palestinians under occupation. This terminology needs overhauling too, say the human rights lawyers.

A system that treats one ethnic group as less human than another already has a legal name: it is called apartheid.

3 Responses to What’s Happening to Palestinians Has a Name: ‘Apartheid’