What Shape Should “the New Libya” Take? 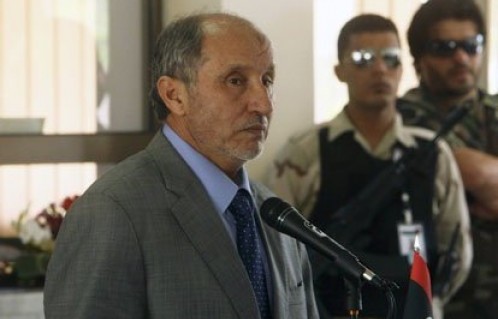 What has really divided Libyans during the past seven months has not been tribe, class, culture, ethnicity or race. In the wake of the recent bloody events, the most divisive issues have been disagreement over the necessity of foreign military intervention and the shape of the future with the National Transitional Council (NTC) – a political body formed by anti-Muammar Gaddafi forces proclaiming to represent the Libyan people – leading the country. What is needed now is for all sides to work together in building the country’s future.

Despite the presence of a strong tribal structure, Libya remains a relatively homogeneous society, even in civil war, with the majority of the population Sunni Muslims who speak Arabic. And Libya’s oil wealth – which can help provide economic stability – and small population are favourable factors for a unified country in the future.

What many Libyans are concerned about is the necessity of foreign intervention and what it would mean for the future of the country. Several Arab media outlets, particularly Al Jazeera’s on-going discussions of Libya, however, have affirmed that most Libyans think that the country’s tyrants should be ousted through foreign intervention if necessary. Still, there are others who believe that an external military intervention threatens domestic sovereignty and interferes with the quality of domestic political reform that can take place in the future.

Thus, there are two mind sets: one determined to oust a tyrant at any cost, and another willing to live with the status quo.

As the rebel forces gain control over Gaddafi’s last strongholds, it is time to resolve the domestic tension arising from the question about how Libya ought to move forward in the wake of foreign intervention.

There are constructive steps that the NTC, which emerged in Benghazi to become “the face of the revolution” on 27 February, could take to bring both sides together. The NTC has been recognised by the international community, first by NATO and then by the UN, as the legitimate representative of the Libyan people. As such it could recognise the urgency of reform as well as the imperative of state sovereignty, and should also call for a national reconciliation conference to discuss the future of the country as soon as security is established – ideally in the next six to 12 months.

Reconciliation requires inclusion, compromise and sacrifice from all sides – engaging those newly in power and those fearing the loss of position or privilege. This conference could shift the debate from focusing on Gaddafi’s ouster to a discussion on much-needed reforms, such as separation of powers, opportunities for women and transparency of governance in the context of national self-determination.

When government is transparent and wise, the need for external involvement in local affairs declines. This shift in perspective would encourage Libyans of varying opinions to find common ground.

Setting a timeline for national elections and drafting a new constitution would be a clear measure of sacrifice from the rebels, demonstrating that they are not seeking power but can support the interests of the country as a whole. Such a move would also be a subtle indication that all Libyans would participate in the rebuilding of the nation.

Symbols matter. If the NTC treats the nation’s former leader with fairness, it would be an impressive gesture of tolerance and equality. The court, not the rebels, should hold Gaddafi and his associates accountable for their crimes.

Learning from the past and recognising the promise ahead, Libyans should unite in their support of the NTC as a transitional authority. The nature of the NTC’s reforms will be instrumental in determining whether unity is possible or how unity will look.