What if Qaddafi Wins? Thinking the Unthinkable 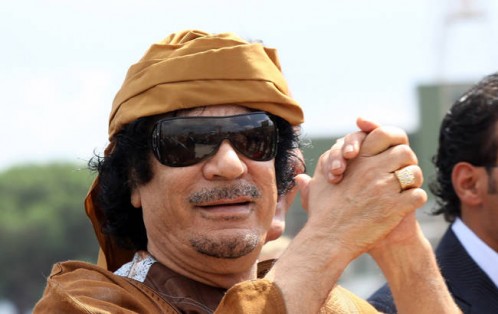 If something doesn’t change soon, Muammar Qaddafi will kill his way back into power over all Libya’s territory. His forces are retaking rebel positions. The opposition is crumbling. And it looks like the United States and Europe will stand back and just let it happen.

This isn’t the first time an Arab tyrant has made a startling comeback after an uprising nearly swept him away. Saddam Hussein lost control of most of Iraq after the 1991 Gulf War, but tens of thousands of dead bodies later, he was firmly and ruthlessly back in the saddle.

There are good arguments against getting involved. Not even the most hawkish interventionist would have chosen a war against Qaddafi a month ago. There aren’t many worse human-rights abusers out there, though there are some. And there are certainly countries where the West has more national interests at stake, the most obvious being Iran. But let’s not pretend there won’t be consequences beyond the shores of Tripoli if Qaddafi butchers his way back to Benghazi.

He’ll emerge meaner and more isolated than ever and hell-bent on revenge. We can forget about going back to the status quo ante when his relations with others were more or less “normal.” Whatever reluctance he felt against acting out will be eroded, if not lost entirely, now that he knows the West has little appetite to move against him, even when he is cornered and at his most vulnerable.

If the only Arab rulers to be deposed by revolution are the nominally pro-American “moderates,” while the mass-murdering state sponsors of terrorism hang on, change indeed will be coming to the Middle East and North Africa, but it won’t be the change we were hoping for. One thing, however, will not have changed an iota: the Middle East will be governed by violence just as it always has.

If the Caligula of North Africa survives by fighting to the death and prevailing, he will surely inspire the other hard rulers to take the same strategy, especially after the humiliating and mostly nonviolent defeats of Egypt’s Hosni Mubarak and Tunisia’s Ben Ali. The killers of the resistance bloc — Iran’s Islamic Republic, Bashar al-Assad’s Baath Party in Syria, Hezbollah in Lebanon, and Hamas in Gaza — won’t likely be overthrown by peaceful demonstrations but by massive internally or externally driven wars.