“We Win or Die”: Syrian Conflict Is a Matter of Existence 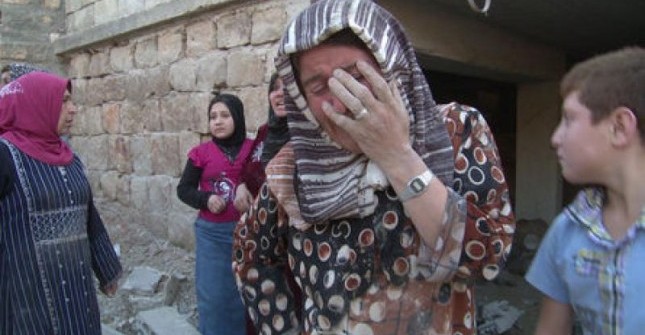 Olly Lambert‘s excellent documentary must be watched. (If you’re outside the UK, watch it in the American language).

He spent five weeks in Syria, risking his life to tell the story of the civil war through a village divided. He uses a young FSA fighter on one side, and a regime soldier on the other as his lead characters. Both of them talked of wanting to become martyrs, and both of them talked of the existential nature of the battle. We either win, or die.

The moment that brought tears to my eyes: shocking scenes of the aftermath of an airstrike on a village full of refugees. One man was pulled out alive, kids were running for their lives. Refugees became refugees twice over.

“There will be vendettas for 50 years because of these crimes” – old motorcycle-riding farmer whose crops are trapped in no-man’s land.

“We’re not going to have a truce. These declarations are being made by people who are abroad” – FSA commander. The morning that the UN truce was due to begin, his men attacked a regime checkpoint.

“We will take our revenge on Alawite civilians. We will go to their villages and kill them” – villager on the day of a regime airstrike.