‘We Can Blow Things Up’: America’s Power in the Middle East 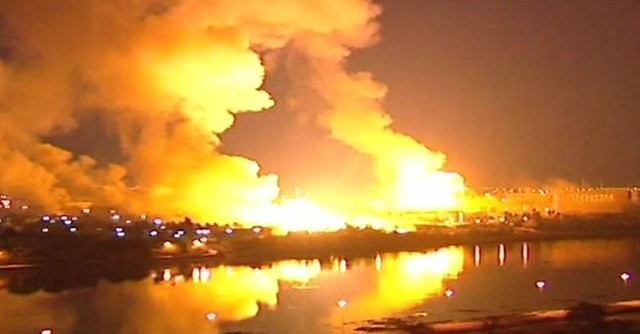 In an article published May 15, 2013, American historical social scientist Immanuel Wallerstein wrote, “Nothing illustrates more the limitations of Western power than the internal controversy its elites are having in public about what the United States in particular and western European states should be doing about the civil war in Syria.”

Those limitations are palpable in both language and action. A political and military vacuum created by past US failures and forced retreats after the Iraq war made it possible for countries like Russia to reemerge on the scene as an effective player.

It is most telling that over two years after the Syrian uprising-turned bloody civil war, the US continues to curb its involvement by indirectly assisting anti-Bashar al-Assad regime opposition forces, through its Arab allies and Turkey. Even its political discourse is indecisive and often times inconsistent.

Concurrently, Russia’s position remains unswerving and constantly advancing while the US is pushed into a corner, demonstrating incapacity to react except for condemnations and mere statements. This is to the displeasure of its Arab allies. Russia’s recent delivery of sophisticated anti-ship missiles and its own buildup of warships in the eastern Mediterranean is a case in point. The move was condemned by the Obama administration as one that is “ill-timed and very unfortunate,” according to a statement by Gen. Martin Dempsey, chairman of the Joint Chiefs of Staff, as reported in the LA Times on May 17.

But this American attitude in the region is fairly new. Behind it stands a history so bloody and filled with imprudent foreign policy. Regardless of how the US decides to move on Syria, the chances are that a return to its old dominant approach is no longer an option.

Indeed, the current American political impotence in the Middle East is unprecedented, at least since the rapid disintegration of the Soviet bloc in the early 1990’s. The dissolution of the Soviet Union had ushered in the rise of a unipolar world, wholly managed by the United States. The rise of the uncontested American hegemony represented a shift in historical dialectics, where great powers found their match and the rest of the world, more or less, accommodated the ensuing competition.

Then, the US acted quickly to assert its dominance starting with hasty military adventures such as the invasion of Panama in 1989. A much more calculated move followed with a devastating war against Iraq in 1990-91. In Panama the objective was to remind the US’s southern neighbors that the region’s cop was still on duty and was capable of intervening at a moment’s notice to rearrange the entire political paradigm in any way that Washington deemed necessary – As this has been the case since the CIA-orchestrated coup and war in Guatemala in 1954 and even earlier.

The US’s massive military involvement in Iraq, however, was that of a conqueror who arrived with an entourage of many countries – regional and western allies – to claim the spoils resulting from the end of the protracted Cold War. It was an arrogant show of force since the target was a single Arab country with humble military and economic means vs. major military powers from near and far. The war devastated Iraq, as its initial aerial bombing campaign alone involved the dropping of 88,500 tons of bombs. Many new weapons were used and tested, while the US media and public celebrated the prowess of their military. Hundreds of thousands of Iraqis died or were wounded as a result of one of the most asymmetrical wars in history.

Trying to capitalize on its military triumph, Washington quickly pushed for a political settlement between its closest ally, Israel, and Arab countries. The logic behind the Madrid Conference in 1991 was achieving pseudo peace that catered to Israel’s interests, while opening up the gate of normalization between Israel and its neighbors. Moreover, the US hoped to achieve some sort of ‘stability’ that would allow it to manage the Middle East region and its ample resources in a less hostile environment. Eventually, Israel managed to negotiate its own political deal with the Palestinians, thus dividing Arab ranks and ensuring that the ‘peace talks’ outcome was entirely consistent with Israel’s colonial ambitions.

As years passed, the US and Israeli political visions moved even closer, but with Washington eventually becoming a mere conduit to Israeli colonial objectives. This fact was underscored repeatedly under the George W. Bush administration, which compounded US failure in the region with even more disastrous and dangerous wars.

A major fault in US foreign policy is that it is almost entirely reliant on military power – as in the ability to blow things up. The US war on Iraq which, in various forms, extended from 1990 to 2011, included a devastating blockade and ended with a brutal invasion. This long war was as unscrupulous as it was very violent. Aside from its overwhelming human toll, it was placed within a horrid political strategy aimed at exploiting the country’s existing sectarian and other fault lines, therefore triggering a civil war and sectarian hatred from which Iraq is unlikely to cover for many years.

But limitations of US military power became quite obvious in later years. The empire was no longer able to bridge the divide between translating its dominance on the ground – itself increasingly challenged by local resistance groups – into a level of political progress required to achieve the minimum amount of ‘stability’. Moreover, an economic recession, coupled with the Iraqi retreat and an equally costly debacle in Afghanistan – forced the new administration in Washington, under the leadership of President Barack Obama to rethink Bush’s earlier quest for global hegemony. Massive military cuts were soon to follow. Concurrently, the imbalance of global power was slowly, quietly but surely being equalized with the rise of China as a new possible contender.

In the midst of the US transition and policy rethink, an upheaval struck the Middle East. Its manifestations – revolutions, civil wars, regional mayhem and conflicts of all sorts – reverberated beyond the Middle East. Shrinking and rising empires alike took notice. Fault lines were quickly determined and exploited. Players changed positions or jockeyed for advanced ones, as a new Great Game was about to begin. The so-called ‘Arab Spring’ was rapidly becoming a game-changer in a region that seemed resistant to transformations of any kind.

The transformation of the Middle East – promising at times, very gory and bloody at others – arrived at a time when the US was making forced adjustments in its military priorities. Putting greater focus on the Pacific region and the South China Sea are such examples. Without much notice, it was forced to reengage with the Middle East, as a whole – not a country at a time. Only then, its weaknesses were seriously exposed and its lack of influence became palpable.

Bankrupt is maybe an appropriate term to use in describing the current US policy in the Middle East. Imprudent military adventures devastated the region but achieved no long term objectives. Reckless policies that are predicated on trying to exploit, as opposed to understand the Middle East and its complex political and historical formation and the insistence on keeping Israel a main priority in its approach to the vastly shifting political lines, will unlikely to bode well for US interests.

However, unlike the early 1990’s, when the US moved to reshape the entire region and established permanent military presence, new dynamics are forcing US hands to change tactics. In this new reality, the US is incapable of reshaping reality but merely trying to offset or control its unfavorable outcomes.

“What the United States (and western Europe) want to do is ‘control’ the situation,’ Immanuel Wallerstein argued. “They will not be able to do it. Hence the screams of the ‘interventionists’ and the foot-dragging of the ‘prudent.’ It is a lose-lose for the west, while not being at the same time a ‘win’ for people in the Middle East.”

This ‘lose-lose’ scenario might not necessarily translate to a complete American foreign policy meltdown in the near future, but will certainly open the possibility for new/old players to main serious gains, Russia being a lead example. This will likely compel the US to change tactics, despite the incessant objections of neoconservative forces and the Israeli lobby.