Violence: The Cancer At the Heart of Tunisian Society 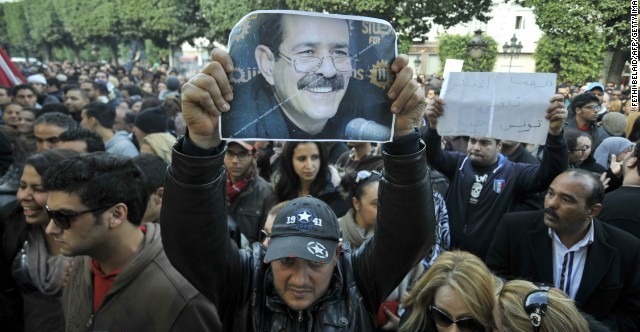 Institutional violence in Tunisia may have crumbled along with the Ben Ali regime, but violence is now being committed in other quarters. The attack on the US Embassy last September by extremists and clashes last month between the police and supporters of Ansar Al-Sharia, a political group that wants to establish a religious state where its interpretation of Islamic jurisprudence is enforced, are just two examples.

Such violence is holding Tunisia back from economic and democratic advancement and should be the one thing that all political parties agree to cooperate on.

Violence in the name of defending the revolution is now common. Examples include the assassination in Tatouaine last October of Lutfi Al-Naqdh, a representative of the Nida Tunis Party which is part of the opposition coalition and the similar fate met in February by Chokri Belaid, a leading leftist opposition figure. These cases are still unsolved and represent the epitome of the violence that Tunisia has witnessed post-revolution.

As a young person active in the civil society, I believe that an end to political violence is possible when political parties transcend their disputes and narrow partisan interests. All of them agree that they don’t want a return to dictatorship. But to bring about a true democracy, individual security must prevail.

Tunisia is currently going through a rough period, a difficult democratic transition replete with upheavals among the ruling coalition led by Ennahda (an Islamic party) and also among the opposition parties, most of whom are advocating a separation between state and religion. Although Ennahda claims to unconditionally support the civil character of the state, many of its representatives on the Founding Council prefer not to separate religion and state.

But the violent conflict is instigated by a third party on the political scene, represented by Ansar Al-Sharia. The supporters of this group do not hesitate to use violence to achieve their goals.

Earlier in March, Ennahda’s president Rached Ghannouchi condemned the violence and invited all political groups, including Ansar Al-Sharia, to dialogue. To date, the group has not accepted this invitation.

Everyone should be free to spread their ideas, promote their beliefs and practice their rituals, but violence and rhetoric instigating violence is a red line that should not be crossed under any circumstances. This should be applicable to everyone irrespective of their allegiances. It should be treated as a crime, and cannot be justified as upholding the values of the revolution.

There is no alternative for political parties but to agree to confront the dangers of terrorism and religious extremism. Security cannot prevail unless a number of conditions are met, the most important being the establishment of a state security apparatus and culture capable of transcending political skirmishes. Such an institution will need to also take steps to prevent religious establishments from being used by extremist groups to call for violence and hatred, or for branding anyone who disagrees with their beliefs an apostate.

A large number of Tunisians hope that the current national dialogue will lead to consensus between all political parties on including a text in the upcoming constitution which stresses the importance of freedom of conscience and the criminalisation of the act of declaring others apostates. Emphasis on these areas will help build a democratic political system that guarantees civil rights, thereby preventing the re-emergence of dictatorship in a new guise.

All parties should put aside partisan interests when it comes to the country’s security and putting an end to incessant violence. Members of Ansar Al-Sharia are also Tunisians, and they must also join the dialogue. Organisers, particularly the ruling authority, should keep inviting them to participate. Tunisia can only be built by all its citizens, regardless of their political affiliations and ideas.

Pervasive violence affects all members of society regardless of their political thought. The time has come to unite in the country’s best interests. Let us put an end to violence in order to bring back economic investment, reduce unemployment and continue to peacefully build our democratic state.

Mohamed Messai is a member of the council of youth leaders in Sousse, Tunisia.