Syrian Opposition ‘Finally Gets Its Act Together’ 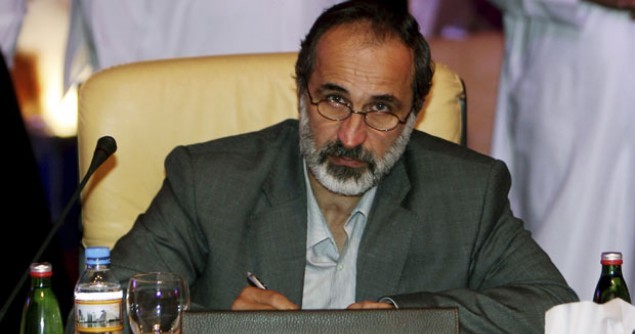 Now that the killing has, in all likelihood, exceeded 30,000, the opposition has finally got its act together.

For the first time in more than a year, there is genuine, unabashed hope coming from the killing fields. Despite the horror perpetrated by an army that will continue murdering until there is only one family left in Syria, there is optimism today.

The National Coalition for Syrian Revolutionary and Opposition Forces (#NC on Twitter) subsumes the discredited SNC, a body that – because of its ineffectual nature – has been riven by infighting and accusations of a Muslim Brotherhood takeover.

The new body is led by the independent, well-respected former Imam of the Umayed Mosque in Damascus, Muaz Al-Khateeb. His two deputies are activist Suhair Al-Attasi and Damascus Declaration veteran Riad Seif (the man who helped bring this meeting of minds together).

With the election of these three, the NC gains three important support bases: the (moderately) religious, the young activists and organisers, and the old guard opposition.

These three leaders all recently fled Syria, so they have far stronger connections to the grass-roots than the hotel-activists of the SNC ever had.

The SNC is a member of the NC, and so the newly-elected head of the SNC, George Sabra (a Christian former communist who also left Syria during the revolution) will also be a strong voice in the new coalition.

But perhaps most importantly, the FSA was at the Doha talks. They are the ones facing the regime’s tanks on the ground, but the SNC always had frosty relations with the armed rebels inside Syria, and that must have played a part in the SNC’s downfall.

If the NC is to avoid the fate of the SNC – marginalisation and irrelevance – it will need to secure some early victories from the international community (money and weapons) and avoid the infighting that tore apart its predecessor.