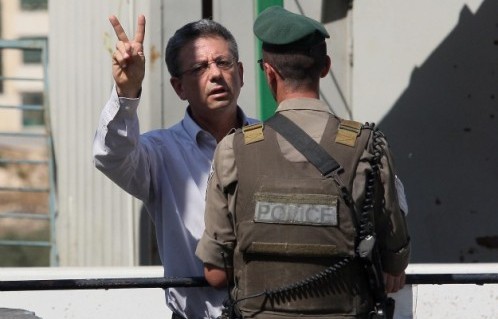 As the Palestine Papers demonstrated, the major obstacle to a real, lasting and just peace in Palestine is the Israeli leadership’s unwillingness to accept anything less than full domination over the Palestinians. Not only do Israeli leaders refuse to partake in any serious peace talks, they also refuse to agree on universally accepted notions, for example, the law.

On 13 November 2007, then Israeli foreign minister Tzipi Livni told chief Palestinian negotiator Saeb Ereikat that she despised the very notion of law. According to the Palestine Papers, published by Al-Jazeera and the Guardian, Livni said: “I was the Minister of Justice. I am a lawyer… But I am against law — international law in particular. Law in general.”

Livni is often contrasted with current rightwing Israeli leader Binyamin Netanyahu, and has been described as a “dove” when compared to him. This unfounded reputation caused many broken hearts when Netanyahu became prime minister of Israel in March 2009, as chances for real peace supposedly diminished.

Such Israeli obduracy was a prime reason for Palestinians to unify their ranks. The signing of the Hamas-Fatah unity agreement in Cairo on 27 April was indeed a fitting response to Israel’s incessant attempts at dividing the Palestinians. Palestinian unity must not be co-opted into the peace charade, however. It should not become a condition Palestinians are required to fulfil in order to demonstrate their worthiness for Israeli-US-styled peace. Such a rationale, now gleefully argued by many, would not explain why ordinary Palestinians celebrated throughout the occupied territories. What compelled the celebrations was a common understanding that political unity was necessary to confront that very Israeli intransigence, and that the use of democratic and truly representative political institutions could achieve such goals as liberation, sovereignty and the right of return for Palestinian refugees.

Following the official signing of the unity deal, Daniel Levy wrote in the Guardian : “It makes sense to speculate that a course correction by Israel’s leaders towards greater realism, pragmatism and compromise might emerge in response to a more challenging, strategic and — one would hope — non- violent Palestinian adversary.” Others have made similar points, arguing that Palestinian political unity will force Israel to compromise. Hamas and Fatah could together prevent Netanyahu’s government from expanding settlements, and also prevent further exploitation of disunity by challenging the idea that Israel has no peace partner with which an agreement can be reached and honoured.

This argument, as thoughtful or well-intended as it may be, actually seems to ignore recurring historical events. Israel’s colonial programme underway in occupied East Jerusalem and the West Bank has never been affected by Palestinian discord or unity. The real problem lies in Israel’s entrenched belief that only absolute military domination over the Palestinians could guarantee Israel’s position in what Livni described as a “rough neighbourhood”.

However, Palestinian leaders, especially in the two main parties, Hamas and Fatah, already know this. Fatah has been through nearly 20 years of frivolous negotiations, and Hamas has, all this time, watched Fatah concede, both politically and territorially, without gaining any significant peace dividends in return. Thus, it’s a foretold conclusion that giving Israel yet another break to change its ways, as proposed by Hamas’s politburo chief Khaled Meshaal, will bring nothing new to the table.

To avoid being viewed as compromising, Meshaal made his remarks in the form of a threat. During a meeting with young leaders of the Egyptian revolution on 10 May, Meshaal stated that Hamas was “willing to give Israel a one- year extension on recognising a Palestinian state within the 1967 borders with Jerusalem as its capital.” If Israel failed to do this, the movement would be forced to bring additional “cards to the pack of resistance”. The Hamas leader made it clear, however, that the additional cards wouldn’t necessarily indicate a declaration a war on Israel.

Giving Israel another year — enough time to confiscate more Palestinian land and to build thousands of new illegal housing units in its ever expanding settlements — is hardly the political strategy that Palestinians expect from the Hamas-Fatah unity. In fact, neither Hamas nor Fatah have a political mandate to make such sweeping political compromises, especially as Palestinians are very familiar with Israel’s lack of tendency to reciprocate. In fact, Israel is likely to escalate, both politically and militarily, to counter whatever strategy Hamas and Fatah have in mind.

Palestinian leaders need to use caution before making such offerings, especially as the next phase in the Palestinian struggle for freedom and rights is likely to be a very challenging one. The Arab revolution is sounding the alarms in Tel Aviv that Israel’s rough neighbourhood is getting even rougher. Israel’s political contingency is at an all-time high, as united Palestinian parties will be pushing for international recognition of an independent state at the United Nations next September. More, the US is likely to curtail its omnipresent role as the propeller of the peace process, following the resignation of the Obama administration’s special envoy for Middle East peace.

The announcement of former Senator George Mitchell’s resignation after two years of fruitless talks, in conjunction with the mobilisation of the pro-Israel lobby in Washington, suggest that the coming months will see much arm-twisting, if not outright coercion, of the Palestinian leadership.

Fatah should not interpret unity as a mandate to carry on with its failed policy of the past. And Hamas should take care not to repeat the kind of text-book mistakes Palestinians have repeatedly committed, even if the reward might be greater legitimacy or inconsequential recognitions.

Palestinians didn’t celebrate unity out of love for Hamas or Fatah. Rather they were eager to see a sound Palestinian strategy that could revitalise Palestinian energies everywhere towards one common goal: freedom. The freedom Palestinians want is based on Palestinian political constants, enshrined in international law. Any deviation from such understanding for limited political and factional gains will turn the prevailing sense of joy into grief, and celebrations into protests.