U.S To Israel and Vice Versa: ‘We Don’t Trust You’ 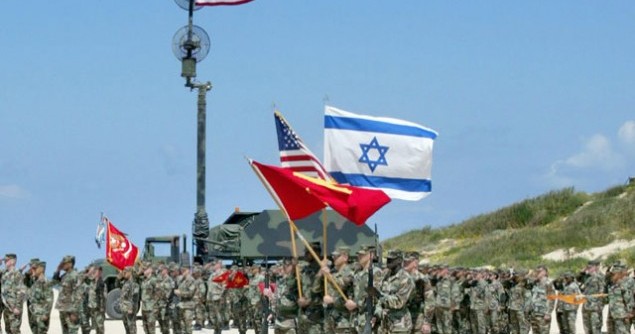 Back in January, reports came out that the US was planning a massive joint military exercise with Israel that was viewed as a possible precursor to an attack on Iran. Later that month, the exercise was called off, although it was not exactly clear why. The exercise was rescheduled to take place in October, just weeks before the presidential election, but new reports indicate it will be drastically scaled down. Time magazine reports:

Seven months ago, Israel and the United States postponed a massive joint military exercise that was originally set to go forward just as concerns were brimming that Israel would launch a strike on Iran’s nuclear facilities. The exercise was rescheduled for late October, and appears likely to go forward on the cusp of the U.S. presidential election. But it won’t be nearly the same exercise. Well-placed sources in both countries have told TIME that Washington has greatly reduced the scale of U.S. participation, slashing by more than two-thirds the number of American troops going to Israel and reducing both the number and potency of missile interception systems at the core of the joint exercise.

“Basically what the Americans are saying is, ‘We don’t trust you,’” a senior Israeli military official tells TIME.

The reductions are striking. Instead of the approximately 5,000 U.S. troops originally trumpeted for Austere Challenge 12, as the annual exercise is called, the Pentagon will send only 1,500 service members, and perhaps as few as 1,200. Patriot anti-missile systems will arrive in Israel as planned, but the crews to operate them will not. Instead of two Aegis Ballistic Missile Defense warships being dispatched to Israeli waters, the new plan is to send one, though even the remaining vessel is listed as a “maybe,” according to officials in both militaries.

Time‘s Karl Vick and Aaron J. Klein interpret the move as the Obama administration pumping the breaks on an attack on Iran, but it also provides insight into the the current state of US/Israeli relations. Vick and Klein quote Efraim Inbar, who gloated to Helena Cobban that Israel would be able to “play” the Americans, saying neither the US or Israel trust each other:

In the current political context, the U.S. logic is transparent, says Israeli analyst Efraim Inbar. “I think they don’t want to insinuate that they are preparing something together with the Israelis against Iran – that’s the message,” says Inbar, director of the Begin-Sadat Center for Strategic Studies at Bar-Ilan University. “Trust? We don’t trust them. They don’t trust us. All these liberal notions! Even a liberal president like Obama knows better.”