Why the U.S Should Stay Out of Iraq: Top Ten Reasons 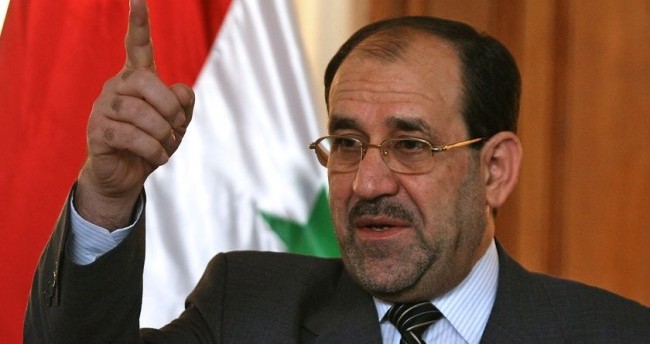 The US invasion and occupation of Iraq 2003-2011 threw that country into civil war and long-term guerrilla insurgency. Once an insurgency begins, it often lasts 15 years, so Iraq may well not settle down for another decade. Prime Minister Nouri al-Maliki came to Washington yesterday asking for a substantial increase in military aid, including nice big shiny new weapons and trainers. As usual when the increased violence in Iraq comes up, some journalists and politicians hinted around that maybe it was a mistake to withdraw in 2011 or even that maybe the US should go back in.

So here are the top ten reasons a) the US should stay out of Iraq and b) should put conditions on any arms sales it makes to Nouri al-Maliki:

1. The US caused the civil war and guerrilla war in the first place, and can’t fix it now. If both kinds of war could get started when the country was under US occupation, with as many as 160,000 troops in country, why would things be different? Under US rule, sometimes 3,000 Iraqi civilians were dying a month. why does anyone think a small force of US troops could make a difference at the moment? Moreover, the Iraqi parliament would never agree to any significant number of US troops on Iraqi soil, and nor would it offer them immunity from prosecution in Iraqi courts for war crimes. Therefore, Washington is not sending combat troops back in and Iraq would not accept them. Someone to train pilots in flying Black Hawks is a different matter.

2. The insurgency in Iraq is brutal and heart-breaking, but it isn’t unique in the world. Just last year, over 18,000 Mexicans died in their drug war through November 2012! It is estimated that so far in 2013 about 7,000 Iraqis have died in political violence. No one is suggesting that US troops should go into Mexico or that they would be effective if they did. Why this fixation on American intervention in the Middle East? (Mexico also has oil, so that isn’t the difference). Maybe it is just that Mexico is a relatively strong country with the world’s 14th largest gross domestic product and a population of 112 million. In contrast, Iraq is a small country of 32 million with the world’s 46th largest gdp, so maybe hawks in Washington think it can still be pushed around.

3. The US is still militarily occupying Afghanistan, and it had over 8,000 fatalities in 2012! (Iraq’s 2012 total civilian fatalities in political violence were about 4,500). If that is the best Washington can do when they are running the place, how likely is it they can be effective with a small force from the outside?

5. The US is de facto allied with the rebels in Syria against the Baath government of Syria’s Bashar al-Assad. Those rebels are largely Sunni Arabs, and the majority of land not under regime control in northern Syria is now held by radical extremists. These same radical extremist Sunni forces are the ones blowing up Shiites in Iraq. In short, in Iraqi terms the US is part of the problem, not of the solution, and cannot be an honest broker.

6. Part of the reason for the continued Sunni guerrilla war in Iraq is that Sunni Arabs there aren’t informing against the radical extremists in their midst. They aren’t informing because they mostly hate the government of al-Maliki, which they see as Shiite chauvinist and allied to Iran. Al-Maliki has done nothing to change this perception. He charged Vice President Tariq al-Hashimi, a major Sunni figure with terrorism and forced him into exile.

7. The Republican senators who charge al-Maliki with leading the country to civil war, however, are being dishonest. Most of them led Iraq to civil war in 2006 in the first place, by bad policy-making after the fall of Saddam Hussein involving firing tens of thousands of Sunnis from their jobs and favoring Shiites and Kurds. They were the biggest screw-up in the history of American foreign policy and are not in a position to criticize anyone, including al-Maliki.

8. Journalists keep speculating that Iraq is headed back to civil war. It is not. The Civil War in 2006 was an ethnic cleansing of mixed Sunni-Shiite neighborhoods. That process is over. The neighborhoods have been altered, into being mostly Sunni or mostly Shiite. There is no one local left to fight. There are no Sunni brigades marching conventionally and trying to take territory against the largely Shiite military, which is relatively well-equipped with US weaponry and would easily defeat them. It isn’t a civil war this time but a low-intensity conflict, a guerrilla war, in which the weapon is shadowy bombings and sniping. Only 20% of insurgencies typically are defeated by military action, so the likelihood that the US can do anything about this one is very low.

9. If the US is going to give weapons to al-Maliki, it must put in place conditions and monitoring to ensure that they don’t end up going to al-Maliki’s de facto ally, the Syrian regime. The ability of Washington to undermine its own policies is mind-boggling.

10. Moreover, al-Maliki has to do more to reach out to the civilian Sunni leadership in Mosul and Ramadi and incorporate them as equals into the new Iraqi politics. He hasn’t done that and Iraq won’t settle down until he or his successor act in this way.