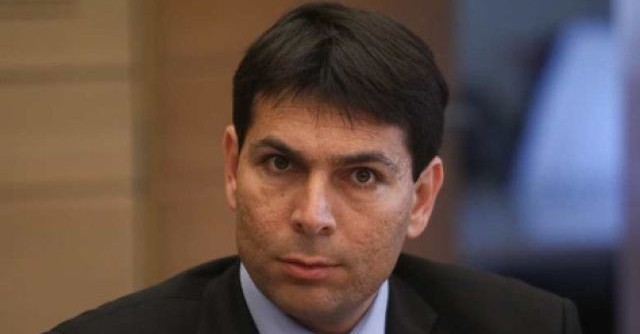 In an interview given to the Times of Israel on Wednesday (June 5) and reported the following day, Deputy Defense Minister Danny Danon said what most already know:  The current Israeli government will never implement a two-state solution.

There has never been any discussion within the government about the two-state solution:

Netanyahu is not in favor of a two-state solution despite his claim that he supports it because:

… the prime minister tied the creation of a Palestinian state to conditions he is certain the Palestinians will not agree to. ‘He knows that in the near future it’s not possible.’

For good measure, Danon states that Israel will continue to build in East Jerusalem regardless of what the international community thinks.

Speaking about the international community’s routine condemnations of Israeli construction in East Jerusalem, Danon declared that the government can do whatever it pleases, wherever it pleases.

‘The international community can say whatever they want, and we can do whatever we want,’ he said.

The Times of Israel article mentioned a number of powerful members of the current government who “are staunchly opposed to a two state solution, advocating instead the partial or complete annexation of the West Bank to Israel.”  They are:  Deputy Foreign Minister Ze’ev Elkin, Deputy Transportation Minister Tzipi Hotovely, Knesset Speaker Yuli Edelstein, Deputy Knesset Speaker Moshe Feiglin, and coalition chairman Yariv Levin.

Despite this reminder that the two-state solution is an illusion, there are still some that cling to the concept as “the only realistic option.”  They include such diverse figures as Tzipi Livni, John Kerry, Jeremy Ben-Ami and Norman Finkelstein.  All of the afore-mentioned, except Finkelstein, envision the future Palestinian state as one with severely curtailed sovereignty.