Two Months of Silence and Now This? 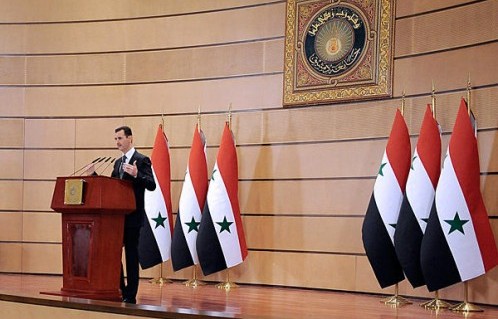 It was his first speech for two months. Two months of chaos and uprising without a word from the president.

In this long-awaited speech, there were leaks that Article 8 of the constitution, which states that the Baath Party is the ruler of state and society, would be modified or scrapped. It wasn’t. And many more hopes were also dashed during this long speech.

President Bashar Al-Assad took to the stage at the University of Damascus, apologising for not speaking earlier. He didn’t want to just present ‘propaganda,’ he said.

Instead, it still seems like the government is in denial. Bashar blamed “radical and blasphemous intellectuals wreaking havoc in the name of freedom”.

This was so far away from what the protestors wanted to hear. There was no plan here. This was not the speech of a leader.

Too little too late would be an exaggeration.