Thriving: The ‘Hate All Muslims Industry’ Is ‘In Full Flow’ 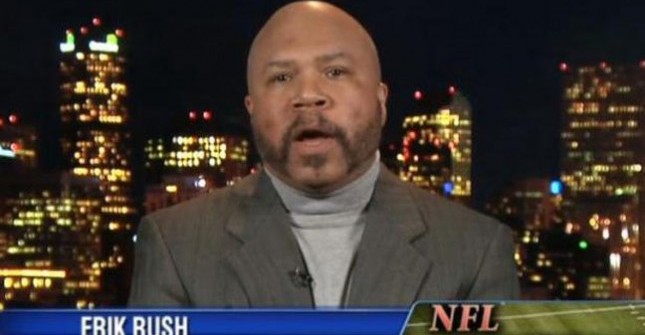 During his talk sponsored by the New American Foundation in March 2008, author Parag Khanna addressed the rising challenges facing the US’s global hegemony. According to Khanna, China and the European Union are the new contenders with the battlefield being a global ‘geopolitical marketplace.’

Aside from Khanna’s insight, one statement particularly puzzled me greatly. “Why am I talking about Europe, China, and the United States? What about Russia, what about India, what about Islam ..what about all those other powers?” Initially, I thought it must have been an error. The speaker must surely realize that Islam is a religion, not a political entity with a definable ‘geopolitical marketplace.’ But it was not an error, or more accurately, it was a deliberate error. Khanna went on to explain that Islam doesn’t have ‘that kind of coherence’ that allows it to spread its power and influence, unlike the dominant other powers which he highlighted. According to that odd logic, Islam and Brazil were discussed in a similar context.

This sort of twisted reasoning has flourished as an academic discipline-turned-industry since the terrorist attacks of September 11, 2001. Sure, it existed prior to this date, but its ‘experts’ and their then few think-tanks were largely placed within a decidedly pro-Israel, Zionist and right-wing political orthodoxy. In the last decade or so, the relatively specialized business multiplied and became mainstream wisdom. Its numerous ‘experts’ – who are more like intellectual purveyors – became well-known faces in American news networks. Their once ‘politically incorrect’ depiction of Arabs, Muslims and the non-western world at large, became acceptable views which were then translated into actual policies used for invading countries, torturing prisoners and flushing Holy Korans down toilets.

It is impossible to rationally argue with those who are essentially irrational. Many of us have tirelessly tried to wrangle with those who want to ‘kill all Muslims’ whenever someone claiming to be a Muslim is accused of carrying out or planning to carry out an attack somewhere in the world. The ‘debate’ rages on, not because of the power of its logic, but because of the heavy price of blood and gore that continues to be paid due to the deliberate misinformation, utter lies and subtle (and sometimes not so subtle) intellectual racism that defines much of the American media and academic discourses.

If the US wars in Afghanistan, Iraq and Yemen (plus numerous other lesser acts of violence committed in the name of ‘fighting terror’) were indeed compelled by the preciousness of American lives, then the least US Congress should do is tighten gun control laws in their own country. But respected members of Congress are fighting the good fight to keep things as they are, in the name of protecting the Second Amendment to the United States Constitution – “..the right of the people to keep and bear Arms, shall not be infringed.”

But rights are infringed at will whenever it suits US foreign policy makers and their intellectual peddlers. Despite the fact that the war on Iraq was illegal and that torture of prisoners is a loud violation of the US’s own Constitution and the Bill of Rights, America’s war rages on and the Guantanamo gulag is thriving. One cannot help but think that the US’s legal, political and even moral blind spots must always somehow involve Muslims.

But of course it’s more complicated than this. Muslims are not targeted because they are Muslim. Yes, of course, religion and skin color are important layers in the massive ‘crusade’ – a George W. Bush term, not mine – in America’s so-called war on terror. But ‘hating Islam’ is also a convenient pretense to achieve foreign policy objectives that are centered around imperial domination, thus natural resources. Neither American foreign policy makers, nor their media cheerleaders who hardly take a day off from smearing everything Muslim, are interested in Islamic theology, history, spirituality or values that are meant to espouse uprightness in the individual and righteousness in the collective.

But there is an army of dishonest people who would rather comb through every shred of Islamic text to highlight passages out of context just to prove that Islam is fundamentally flawed, teaches hate or ‘anti-Semitism’ and that it celebrates a supposed ‘culture of death.’ These very men and women would have done the same, as their predecessors have, to demonize any other culture, religion or community that sat on large deposits of oil or dare exist in an area of strategic importance to the United States or within an alarming proximity to Israel.

The anti-Islam tirade received another boost following the Boston Marathon Bombings of April 15, 2013, which were blamed on two American-Chechen brothers, Dzhokhar and Tamerlan Tsarnaev. The anti-Muslim circus was back in town, as political jugglers, along with media acrobats seemed to reach the ever predicable conclusion: hate all Muslims and do whatever possible to exploit any tragedy to further US hegemonic interest in the Middle East. Eric Rush, a Fox News pundit, summed up that sentiment when he called for the killing of all Muslims following the bombings and then later claimed that his tweets were meant to be sarcastic. Ann Coulter, on the other hand, called for women to be put in jail for ‘wearing a Hijab.’

This type of hate-mongering is of course not random, no matter how palpably ‘crazy’ the people behind it are. It is an essential component of ensuring that a largely uninformed public is always on board whenever the US is ready for yet another military adventure involving Muslim countries.

All of this rhetoric must also be juxtaposed with what is happening in the Middle East. There, yet a new war is brewing, one that is largely aimed at ensuring that the current chaos underway in the so-called ‘Arab Spring’ countries will yield favorable results from the view points of Israel, America and the west. The new push for military intervention started with Israeli allegations that the Syrian regime is using chemical weapons against opposition forces, followed by British-French allegations, and finally, despite brief hesitation, concurred by U.S. Defense Secretary Chuck Hagel.

Over 70,000 people have reportedly been killed in the Syrian civil war. In the last two years it has become a hub for unprecedented regional and international rivalry, a Great Game of sorts. The US, Israel and their allies have watched as Syria, once considered a ‘threat’ to Israeli security, descended into inconceivable brutality involving the Syrian army, various factions and bands of fighters from near and far. It was a matter of time before the US and its allies made their move to seal Syria’s fate and to ensure quiet at the Israeli northeastern frontier.

For that to happen, Muslims must be hated and dehumanized in ways that would make war a tad less ugly and future violence, in some odd way, ‘justifiable.’

The official purpose of Hagel’s recent visit to Israel was to finalize US arms sales to Israel and other countries which total about $10 billion. Knowing how such weapons have been used in the past, one can hardly appreciate the ‘sarcasm’ in Eric Rush’s tweet of wanting to ‘kill them all.’ Per the history of US foreign policy, violent words often translate into violent action and here lies the real danger of the supposedly crazy bunch who equate Islam to Brazil and wish to incarcerate women for wearing scarves.

3 Responses to Thriving: The ‘Hate All Muslims Industry’ Is ‘In Full Flow’