Threats to the ‘Arab Spring’ Growing by the Day 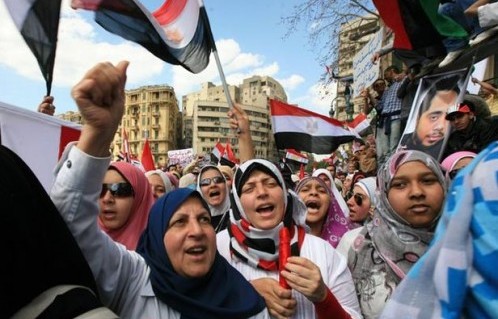 As someone who has a long standing interest in the peoples and cultures of the region geographically maligned as the “Middle East,” I am beyond being overwhelmed by the daily turn of events. To see the streets of Yemen turned into bloody confrontation after three months of amazingly peaceful protests is so sad. I had always wondered if Ali Abdullah Salih was really trying to be a father-of-his-country figure (despite the widespread corruption and nepotism) or if it was mainly his inability to be a brutal dictator in the Ben Ali mode that ruled the day.

His recent flirtation with leaving office, only to back down each time, suggests that he has no intention of leaving and is looking for any way to prolong his rule. The Al Qaeda on the doorsteps alibi has not fooled anyone, including the U.S. terrorism money machine. So it seems his latest insane step, right out of a really bad thriller movie, is to foment civil strife. Today’s news about his attempt to alienate the leader of the Hashid confederacy has indeed plunged the capital into street fighting. One thing is clear: Ali Abdullah Salih loves Ali Abdullah Salih and the country he has ruled over for over three decades be damned.

Then there is Syria, where Bashar al-Asad, once thought to be a rather weak version of his towering (at least in all the statues strewn about the former Umayyad enclave) father, has decided to be the old-fashioned Stalinesque strongman. Not content to believe that the mere 96.7% of the votes in his last presidential referendum meant anything other than the normal one-man-rule politics, he is apparently trying to get rid of anyone who opposes him by whatever mean means work. To protest in Syria, as in Libya, means to risk life and limb. And, speaking of Libya, here we have the media-made mismatch of the U.S. and NATO taking out the certified nutcase Qaddafi, but not doing a very effective job. Under the shadow guise of protecting Libyan citizens (no such Euromadness mantra seems to be forthcoming for what is happening in Syria or Bahrain), all the weapons and infrastructure that the oil wealth allowed Qaddafi to buy from Europe is now being torched from the sky. Yes there is a rebellion and Qaddafi is a ruthless killer, but then why not just take him out and be done with it. Having a U.N. sanction is not fooling anyone from thinking that the sole purpose is regime change since there is no other way the Libyan people can ever be safe.

Tunisia and Egypt, where it all started and garnered massive media coverage, have mostly receded into the back sections of the news. Yet how these two countries reform after long-term dictatorships is crucial both to the youth who helped topple the old-men regimes and to foreign policy. Word that Mubarak may be tried for the deaths of protestors is newsworthy, but little else is able to muscle its way ahead of Libya and Syria. I suspect that Iran’s Ahmadinejad is quite happy about all the protests outside his country, so that people’s memory about the Green Revolution that he put down will subside all the more. The Saudis are still sitting pretty in all of this, basking in the divine kingship comradeship they share with little brothers (not really “Muslim Brothers” in the strict sense) in Bahrain. And the news that does come out is same-old, like arresting a woman for calling on other Saudi women to start driving cars.

Lest we forget, there are still two wars aflame in the region. American troops are scheduled to mostly pull out of Iraq almost a decade after the liberation from Saddam Hussein, a figure whose named is so rarely mentioned these days that he might as well be Genghis Khan. It seems some of the neocons and musicians of Bremer in the Bush administration actually did believe this as they threw out the baby with the Ba’ath water. Billions of dollars and thousands of lives later, Iraq is a (a) much better place to live or (b) not so nice a place to try and live which is why so many Iraqis fled. If you vote for a, you are either a fool or one of the typical Middle East experts trotted out on Fox News (feel free to replace the “or” with “and” in the last sentence). And here I am several paragraphs into this lament without yet mentioning Afghanistan. This is where it all started. To get Bin Laden we had to get rid of the Taliban (who at the time were too busy worrying about the length of Afghan men’s beards to care about us) and once we finally got rid of Bin Laden we discover that the Taliban and their sympathizers really do hate us now and have reason to do so. In the near future the U.S. can no doubt follow the Vietnam alternative by declaring victory and pulling out.

But wait, there is also a place called “Palestine.” In a recent visit by Israel’s piece-loving Prime Minister, known to many as Bebe, we learned that Israel has made many sacrifices to seek piece (No, I am not mispelling this…) with (meaning “of”) Palestinians. They built a wall, for instance, and that clearly cost a lot of money. And then think of the expenses for expanding all those illegal (not sure what this word means to Bebe) settlements in conquered land. Perhaps the Nobel committee should consider Bebe for a piece prize since he clearly has not adopted the old Joshua policy of wiping out all the Canaanites with the sword of the Lord and of Gideon. For a little historical perspective, the people who used to live in Mandate Palestine should have all just fled to their Arab brothers because there really was no Palestine after the time of Christ and God gave this land originally to Abraham and his seed forever and beyond. This is manifest divine destiny, sort of like when the European settlers colonized America and drove out all the Indians (after all it wasn’t really India so who gave them a right to live there in the way of more civilized people?).

If you detect a note of cynicism, you are also missing the point. The issues are complex and there are few heroes, certainly no one with a Gandhi stature, that seem to be rising to the occasion. The so-called “Arab Spring” is being doused with antifreeze from within and without. The worst elements that go by the name of “religion” are roaming the paths of public opinion. Frustration is off the charts and at the moment exacerbated by an economic collapse outside the oil-wealth states. The protests have resulted in a momentum for real change, although it is not clear how much of this will be twittered away. My thoughts here will be buried in the blogosphere and deserve the ephemeral fate all pundits face. But the crises persist and all we can do is keep hopping and hoping for something better.