The Shifting, Complex Narratives that are Syria 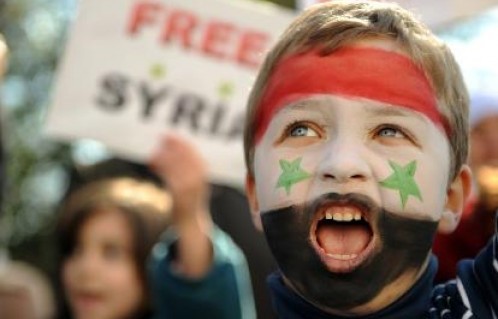 There is no linear narrative capable of explaining the multifarious happenings that have gripped Syrian society in recent months. On March 23, as many as 20 peaceful protesters were killed at the hands of the Syrian regime’s security forces, and many more were wounded. Since then, the violence has escalated to such a level of brutality and savagery that can only be comparable to the regime’s infamous massacres in the city of Hama in 1982.

Listening to Syrian presidential advisor, Dr Buthaina Shaaban – one of the most eloquent politicians in the Arab world – one would get the impression that a self-assured reform campaign is indeed underway in Syria. Her words also suggest while some of the protesters’ demands are legitimate, the crisis has been largely manufactured abroad and is being implemented at home by armed gangs bent on wrecking havoc. The aim of the protests, as often suggested by officials, is only to undermine Syria’s leadership in the region and the Arab world at large.

Indeed, Syria has championed, at least verbally, the cause of Arab resistance. It has hosted Palestinian resistance factions that refused to toe the US-Israeli line. Although these factions don’t use Damascus as a starting point for any form of violent resistance against Israel, they do enjoy a fairly free platform to communicate their ideas. Israel, which seeks to destroy all forms of Palestinian resistance, is infuriated by this freedom.

Syria has also supported the Lebanese resistance group Hezbollah, which succeeded in driving Israel out of Lebanon in 2000, and torpedoed Israel’s efforts at gaining political and military grounds in Lebanon in 2006.

This narrative can also demonstrate the viability of its logic through palpable evidence of open or covert attempts at targeting Syria, undermining its leadership of the so-called rejectionist front. The front, which refused to cede to US-Israeli hegemony in the region, had already shrunk significantly following the invasion of Iraq, the surrender of Libya to Western diktats, and the sidelining of Sudan.

More, the Israeli government had been genuinely frustrated when the US failed to target Syria during its regime change frenzy following the 2003 invasion of Iraq. After all, Israel’s faithful neoconservative friends – Richard Perle, Douglas Feith and David Wurmser – had made ‘containing Syria’ a paramount objective in their 1996 policy paper. Entitled ‘A Clean Break: A New Strategy for Securing the Realm’, the document was written to help Benjamin Netanyahu in his efforts to suppress his regional foes. It stated that, “given the nature of the regime in Damascus, it is both natural and moral that Israel abandon the slogan ‘comprehensive peace’ and move to contain Syria, drawing attention to its weapons of mass destruction program, and rejecting ‘land for peace’ deals on the Golan Heights”.

Syria has also fallen in the range of US-Israeli fire on more than one occasion. The so-called Operation Orchard was an Israeli airstrike with a US green light. It targeted an alleged nuclear reactor in Deir ez-Zor region in September 2007 and an American airborne assault against a peaceful Syrian village in October 2008, killing and wounding Syrian civilians.

Although the official Syrian narrative claims that these events alone should justify the army’s harsh crackdown on pro-democracy protests, the rationale is challenged by a history of regime hypocrisy, doublespeak, brutality and real, albeit understated willingness to accommodate Western pressures and diktats.

The Israel occupation of the Syrian Golan Heights in June 1967 didn’t simply affect regional power dynamics, it also ushered the rise of a new political mood in Damascus. It was Hafez al-Assad, the father of the current president, Bashar, who took full advantage of the shifting mood by overthrowing president Nur al-Din al-Atasi. The new narrative was a triumphant one, not aimed merely at recapturing Syrian and other occupied Arab territories from Israel, but also positioning al-Assad’s Ba’ath regime as the leader of the new Arab front. Although the 1973 war failed to liberate the Golan of its invaders, leading to the ‘disengagement agreement’ with Israel in May 1974, the official language remained as fiery and revolutionary as ever. Oddly, for nearly four decades, Syria’s involvement in the conflict remained largely theoretical, and resistance persisted only via smaller Lebanese and Palestinian groups.

It seemed that Syria wanted to be involved in the region only so much as to remain a visible player, but not to the extent of having to face violent repercussions. It was an act of political mastery, one that Hafez crafted in the course of three decades and which Bashar cleverly applied for nearly eleven years. In essence, however, Syria remained hostage to familial considerations, one-party rule and the sectarian classifications initiated by colonial France in 1922.

True, Syria was and will remain a target for Western pressures. But what needs to be realized is that these pressures are motivated by specific policies concerning Israel, and not with regards to a family-centered dictatorship that openly murders innocent civilians in cold blood. In fact, there are many similarities in the pattern of behavior applied by the Syrian army and the Israeli army. Reports of causalities in Syria’s uprising cite over 1,600 dead, 2,000 wounded (Al Jazeera, July 27) and nearly 3,000 disappearances (CNN, July 28). Unfortunately this violence is not new, and is hardy compelled by fear of international conspiracy to undermine the al-Ba’ath regime. The 1982 Hama uprising was crushed with equal if not greater violence, where the dead were estimated between 10,000 and 40,000.

The Syrian regime is deliberately mixing up regional and national narratives, and it is still exploiting the decades-old political discourse to explain its inhumane treatment of Syrians. Civilians continue to endure the wrath of a single family, backed by a single political party. But there is only one way to read the future of Syria. The Syrian people deserve a new dawn of freedom, equality, social justice, free from empty slogans, self-serving elites and corrupt criminals. Syria and its courageous people deserve better. Much better.