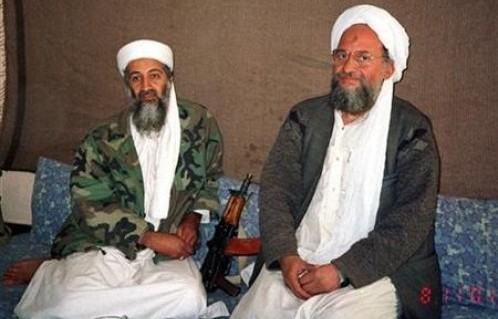 More than a couple of weeks have transpired since the assassination of the purported rock star of the Al Qaeda world. The champagne has been guzzled, and the mild mannered Joes next door in New York have reverted to type after a day of macho beer guzzling and frenetic war cries.

It’s now time to reckon with the aftermath. Osama bin Laden, referred quasi-affectionately as OBL on twitter, is no more. And we sit and bask in the joy of a world where his death changes…very little.

It’s safe to surmise that OBL had, for many years, not been in direct tactical command of Al Qaeda, regardless of how much porn he may or may not have watched. Two reasons precluded his taking active charge. His status as the world’s most wanted man meant he couldn’t saunter over to the local telegraph office and ask to send a cable to al-Zawahiri. Second, the amorphous nature of Al Qaeda relies more on autonomous cells than a hierarchy. The recent attacks in Pakistan and Afghanistan’s Kandahar indicate Al Qaeda is alive, well and unfortunately still capable as ever of inflicting damage.

The Bin Laden aftermath raises far more important questions for his host country, Pakistan. The choice between conspiracy and ineptitude is stark, and unpleasant. Either a carefully planned endgame ensued, where the military knew both of OBL’s existence and the planned operation, or it was blissfully ignorant of either and the American swot team genuinely managed to evade detection for the better part of an hour, and fly out.

The former is evidence of a widening disconnect between the puppet masters, the underlying politicians and the general public. The Kremlin of the USSR era would be hard pressed to muster such intrigue. The alternative is a behemoth army that, despite guzzling a sizable percentage of the impoverished state’s resources, is still hard pressed to find and mine intelligence. Pakistan continues its double game, simultaneously firing on Nato helicopters and arresting a senior Al Qeada figure in Karachi.

Then there is the widening rift between the silent in Pakistan who secretly approve of OBL’s disappearance from world affairs, and the vocal ones who are offering funeral prayers for OBL’s safe passage to the bounties of heaven. The chasm is tenuously bridged by an issue that unites most Pakistanis, regardless of political affiliation or worldview – that America is less benevolent friend and more opportunistic taskmaster.

Chomsky, in an excellent piece, describes the double standards at play in the American narrative. He doubts that Americans would be as thrilled with the Iraqi commandos landing at George W. Bush’s compound, assassinating him and throwing his body into the ocean. Chomsky usually makes it a point to dismantle the patriotic self-centeredness of American ideology, where most actions are ascribed as a saving grace for all of mankind and half the animal kingdom. But in his quest to even the scales, Chomsky is rebutting an American narrative by making arguments relevant solely to an American audience.

In the rest of the world, the notion of America as the great Satan, or as world saviour, is strangely passe. Most observers realize that America is merely fulfilling the terms and conditions of an imperialist power furthering its political, social and economic interests. Empires have propagated ideology and bent others to their will since the time of the Mesopotamians, the first great civilization. There is irony in history: Mesopotamia was founded on the fertile banks of the Euphrates river, where lies the present day cauldron of Iraq, from  which the world’s latest great civilization is trying to extricate itself.

As a rational, self-serving nation, America will act in its own interests when it can. This makes it neither evil nor particularly special. From an American viewpoint, taking out OBL was a good decision, regardless of his capacity as ringleader. It proved an ideological victory; one that will almost certainly give Obama a clean run to the White House for the second time. And while OBL’s removal may not hamper opportunistic attacks carried out by lone individuals or splinter cells, the chances of a massive organized attack have been reduced as Al Qaeda busies itself with the messy business of succession.

Yes, Osama is gone. But the conditions, mostly economic impoverishment and socio-political ignorance that allow Al Qaeda access to willing young recruits wanting to splinter into millions of pieces for the hope of a better afterlife, persist. Ideology and blind faith are often a last refuge for the marginalized.

Two weeks on, little has changed. America is still struggling to define its role in an angry Middle East and Afghanistan. Pakistan is still sliding towards a sort of zealous faith-based double standard that makes rational argument next to impossible. Schisms between the military, political infrastructure and constituents continue to widen. It’s unsurprising that media pundits from the country have largely shied away from supporting OBL’s demise.  But Bin Laden bent ideology to devastating end, and is responsible, both directly and via proxy for thousands of deaths. There should be no sorrow at his demise. It’s just unfortunate that his replacement, either the Egyptian Saif el Adel, or Adel’s compatriot Ayman al-Zawahiri, is already manning the guns.

One Response to ‘The “Sheikh” is Dead, Long Live the “Sheikh”‘