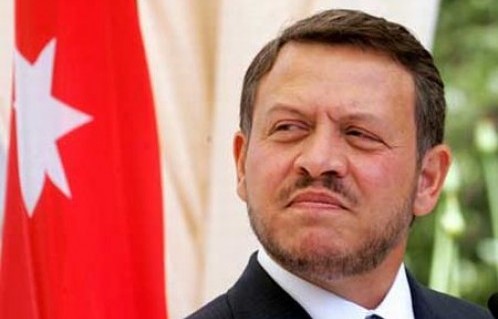 This was a very interesting video to watch. It is perhaps the first time I have heard the King speak to a local audience about a “national vision” (which in Jordan translates to “royal vision”) that states the end goal as being an elected government. All the magic words are reiterated. Democracy. Dialog. Constitution. Freedom. Reform. Combating corruption. Media. Institutions.

We have been given royal visions before. This is obviously no secret. In fact, these visions are very public. Never have I personally heard that vision to include an elected government, so in some way, it is important to have this on the record. If anything than for the sake of being able to tell others “see, I told you so”, as it seems many are convinced that the King does not support giving up his political powers for an elected government. What this speech, and others that have been given by the King in recent weeks seem to outline is the dawn of a new Jordan. They are designed to breathe hope in to a decaying political and social arena.

But then comes the quintessential question: will any of this be realized?

It is unlikely, or at least, improbable. Why? Precedent. History. While we haven’t heard “elected government” before, we’ve heard pretty much everything else on more than one occasion. To assume that the state can deliver anything of reasonable value at this point is bordering on absurdity. The past few months alone, a time when everyone is closely watching what the Jordanian state will do to maneuver through the chaotic turbulence of the region, we received mostly a general policy of appeasement, the renewed promise of reforms, nationalism, nationalism, and more nationalism. As if the act of waving a flag with enough fervor can produce magical results.

None of this is new and none of this is unexpected. Nothing that has been done since January has really surprised me. It is simply put, a heightened state of deja vu. Even the speeches are like a song playing over and over again; we’ve pretty much memorized the lyrics. The magic words.

Which brings about the other quintessential question many people seem to be asking: is the King genuine?

My answer to this is simply: it doesn’t matter.

From a strictly personal perspective, I do believe, or at least have some faith in the possibility that he is genuine. But again, it does not matter. It doesn’t matter what I think or believe, and it doesn’t matter if I am right or wrong. For even if he is genuine, the kind of change we need today cannot be dependent on the ability of a single person to deliver. And the majority of this country have been educated by the state to place all their hopes and dependency on the King and no one else. It is not a national vision; it is a royal vision. They are not national reforms; they are the King’s reforms. On any of our national holidays, we do not celebrate our national achievements and our national endeavors; we celebrate the crown’s achievements and the crown’s endeavors.

No doubt, this has been the political strategy from the moment the King ascended to the throne, and it was perhaps done in some attempt to solidify his position. This is not only natural, but expected.

But it isn’t enough that political power in this country is centralized in the hands of the King, the problem is that people have not only accepted that reality but have grown dependent on it. It is quite similar to the consequences of the one man-one vote system, where a citizen is unlikely to cast his one and only vote for anyone but a relative because of the perception that only a relative can deliver; tied to an ancestral obligation to do so. This is roughly the same relationship the populace has with the King. The state has done much in the past decade to encourage this relationship and deepen it that now, people look to the King to wave his magic wand and make things happen.

This makes it incredibly difficult to convince the average citizen that they share some responsibility in reform. That reform and progress is not dependent on the divine will of a King. This generation, more than any of its predecessors, has been taught to believe only in the King; to follow blindly, and question nothing. Nationalism is defined as the monarchy, and so is citizenship for that matter. No other forms of citizenship are taught. And thus people do not feel any sense of responsibility. Reform is a King’s game; one that does not require their public participation. That has been, by and large, the strategy employed for over a decade now, making it incredibly difficult to turn around and ask that people share the responsibility. That will not happen on the level that is required to bring about real tangible change.

Which is why I believe it doesn’t matter if the King is genuine or not. For even if he is, the reality of the situation is that people will simply look to him to deliver single-handedly. And perhaps more importantly, he will be faced with an entire political system that has no interest in changing the status quo because it either benefits from it or has grown accustomed to.

This speech by the King is an important thing to have on record. But it’s ability to bring about real change en masse is unlikely. This is why I am very pessimistic when it comes to accepting the idea of top-down shifts in a political paradigm. I am very optimistic about change coming from elsewhere. When change inevitably does come to this country, it will not come from up top; it will be from the bottom up. It will not come from a majority but from a willing and driven minority that has managed to survive the education system, the propaganda and the nationalistic indoctrination that is eating this country alive.