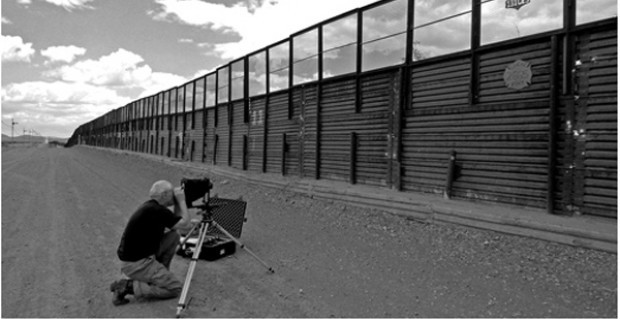 Our burden as American Palestinians is doubly heavy. On the one hand we are well familiar with the abuses of Israel’s policies, meanwhile our country of choice is adopting similar policies from which we have tried  to escape.

In 2006  I worked as a UN consultant in the Occupied Palestinian Territories.  When entering and exiting the West Bank I witnessed horrifying Israeli interrogation practices that induced physical pain and aches. My stomach churned by simply observing Israel’s inhumane treatment of Palestinians. While, I hope the inhumane interrogation techniques I witnessed in Israel will not be wholly applied at Logan Airport I cannot help but ask why would we ever consider using any form of Israeli interrogation methodologies in our own airports.

To add insult to injury several border states contracted Elbit Systems to build a Separation Wall along our Mexican border.  Objectionable as it may be, thankfully we are limiting the Wall within state lines.  Elbit Systems is the same Israeli company that built Israel’s Separation Wall that was decreed illegal by the International Court of Justice. The US Separation Wall will disrupt the lives and connection of more than 25 Native Indian tribes whose families live across the Wall. The  Wall will divide  Native Indian families and communities much like the Illegal Israeli Separation Wall cut off countless of Palestinian families, villages and cities from their loved ones, lands, schools and houses of worship.

I find it interesting that once we Americans fund Israel’s Illegal Separation Wall we internalize Israel’s policy and approve it here in the US. Once we accept Israel’s use of administrative detention, in time we come to adopt its use on our own citizens. The fragility of our democracy is threatened with little understanding of how we are weakening our political democratic system by endorsing Israel’s policies right or wrong. We have to recognize that once we endorse and fund unjust policies we eventually consent to their adoption and application here in the US.