The End of Eid, The Start of the Beginning 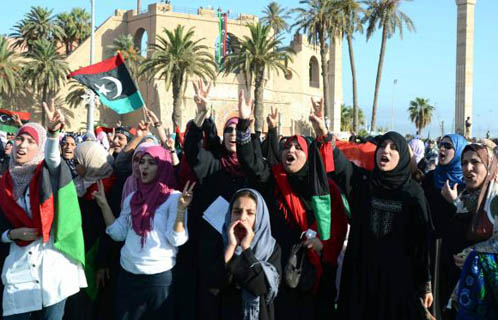 In countries guided by the Gregorian calendar, and even in most that are not, the start of the year is January. The business world slows to a crawl in the third week of December, before giving up almost entirely in the last week. Some industries, like journalism, keep chugging along, but most businesses close their doors and turn off the lights in the last week of the year, and don’t turn them on again until the New Year begins.

The Middle East may use the Gregorian calendar at least for business, but I have always felt its “January” is whenever the first Eid ends. Everyone arrives back at work, hopefully spiritually and physically refreshed, to begin again. For many businesses it’s when the “excuses” end, and performance begins to be measured: Ramadan, especially when it falls during summer, is a very difficult time to keep the wheels of commerce turning.

This year, the return to ‘normality’ will be significantly harder to achieve for those countries that have gone through their Arab spring, largely because what success is, is still far from clear.

In Libya Eid has been a temporary respite, an opportunity to pause and think, or just enjoy new found freedoms.  That pause has been a blessing – the time to appreciate what has been achieved will be necessary to fuel in the hard months ahead. The road forward may be less painful in human cost, but will be intricately more taxing on patience, imagination and the spirit.

Two roots lie at the heart of the Arab spring – a desire to for freedom and a desire for a better life. The former involved a solution  universally agreed by a coalition of opposition – removal of the old leadership. There will be far less of a coalition in how to achieve a better life for all, and there needs to be acceptance one does not necessarily lead to the other; that this is a job not yet half done.

On MidEastPosts we have already had posts on how the ‘Youth Movement’ has splintered into a myriad of groups in Egypt. Order is kept because the army – a part of the past – as the vessel of transition. In Libya, the NTC will need some of the old order to see it through the period of transition, representatives of the western part of the country to give it legitimacy, and perhaps external help – if not NATO, then the likes of Qatar and the UAE which have played an invaluable role in outing Gadaffi – or a vacuum of power could set the country hurtling backwards not forwards.

The Libyan people need to understand themselves that things won’t improve axiomatically because Gadaffi has gone (or soon to be gone) and that the will still needs to find a way – Killmet Ya Rayt O3umra Ma A3ammarit Bayt.  Egypt’s GDP is still not where it was prior to its revolution. In Libya, without help, it could take longer still to get the country back on track – despite, or perhaps because of its oil riches.

Many are betting on Libya, Egypt, Algeria and other countries that may follow on turning things around, however. Last week we had news of Dubai-based Abraaj Capital acquiring the North African private equity operations of Amundi – which will pay dividends if the countries within the fund’s remit begin to deregulate and open their doors to private enterprise. As we saw in Eastern Europe, that led to significant productivity gains and employment. As we also saw, however, short term it caused pain and unemployment – and what drove countries through that pain was the promise of EU membership. No such incentive exists in the Maghreb.

We’re now between Eid Al Fitr and Al Adha, the latter marking Abraham’s selflessness and piety in offering his own son as a sacrifice to God. The level of sacrifice required of the newly freed people of the Arab world will be significantly less than Abraham’s, thank God, but  selflessness and a willingness to put aside personal interest for the common good will need to be made if Eid Al Adha – taking place in about two months time – is to be anywhere near as joyful as this first.