The Arab Spring in Salalah: A Success Story 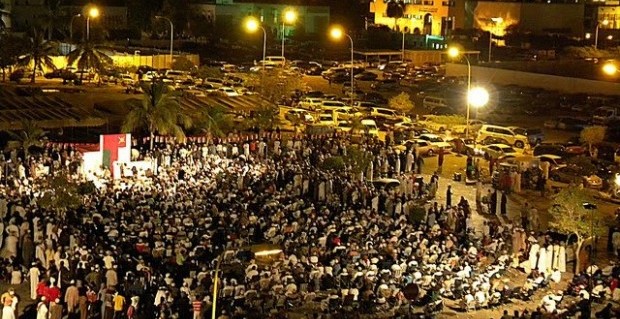 I can’t believe a whole year has gone by since the Arab Spring reached Salalah. So much has happened. So much changed. I have changed. On February 25th, 2011 a group of men went out onto the streets demanding change. They set up a few tents in the Governor of Dhofar’s parking lot and stayed there until May 12th when the army arrested them. Between February 25th and May 12th, people demanded jobs, better benefits for orphans and widows, consumer protection, a new university, an end to government corruption, the ousting of several ministers.

And guess what? They got what they asked for. During those few months my sleep was interrupted every few nights by messages from the palace announcing yet another Royal Decree from His Majesty changing this, changing that, firing this person, appointing that person, …. it was truly amazing to be part of that and no matter what anyone says, the protests were good for all of us. God bless Oman.

PS (I heard a few young men were planning to go out into the streets today to stage an ‘Anniversary Protests’. Nothing happened. Not that I’m aware of anyway. There were plenty of police checkpoints though….)

One Response to The Arab Spring in Salalah: A Success Story