The ’67 Borders: Who’s Happy to Accept Them? 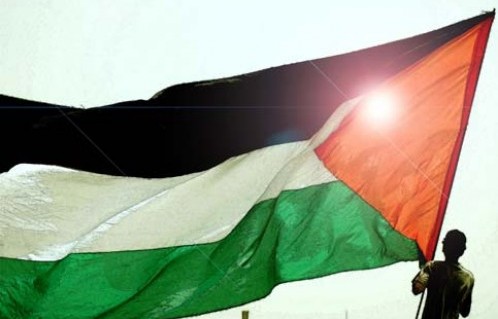 US President Barack Obama’s speech to the US State Department in May should have made Israelis happy. While presenting a new vision of US policy toward the Middle East, his Israeli-Palestinian policy was all about continuity. Obama urged a return to negotiations, just like Israeli Prime Minister Benjamin Netanyahu. He insisted on Israel as a Jewish state, echoing Netanyahu’s demands, and gave no quarter to Palestinian unilateralism. Aside from the implication that Israel should leave the Jordan Valley, Obama’s speech could have come from the Prime Minister’s spokesperson.

Yet Israel’s leaders seemed stunned by the explicit mention of the pre-1967 War borders with land swaps. Netanyahu, without addressing the land swaps, called the borders “indefensible” and repeatedly stressed that Israel would not return to those lines. Instant polling in Israel following Netanyahu’s trip to the United States showed that the Israeli people supported Netanyahu’s position, viewed the trip as a victory and gave Obama mixed reviews at best. But snap polls in the immediate wake of events can be misleading.

Were the Israeli people shocked? Do they support negotiations based on 1967 borders with land swaps? Ultimately, are Israelis more willing to make compromises than their current leaders? The answers are most likely: no, yes and yes – but that may not be enough to reach peace.

Israelis were probably less surprised by Obama’s 1967 reference than Netanyahu’s response implies. Surveys show that Israelis have basically accepted the concept of a Palestinian state (which is basically about the territory conquered in 1967) since the Oslo Accords of 1993. Support rose from roughly 20 per cent in the late 1980s to nearly 60 per cent by 1999, according to the Israeli Institute for National Security Studies.

So do Israelis support 1967-based borders with swaps? A survey in the daily paper Israel Today conducted after Netanyahu’s visit to Washington showed that 60 per cent of Israelis opposed “Obama’s call for negotiations based on the 1967 [borders] with agreed land swaps.” But polling over the last decade shows that roughly half the Jewish population or more tends to support the 1967 borders as the basis for a Palestinian state.

A Peace Index survey at Tel Aviv University in 2003 showed that 59 per cent of Jews supported “1967 [borders] with adjustments”. From 2005 to 2007, surveys by the Truman Institute at Hebrew University found that about half of Israelis supported detailed descriptions of the borders and swaps (without using the term “1967”). In a 2009 survey for the peace organisation One Voice, 52 per cent of Israelis said 1967 borders with swaps was either “essential, desirable, acceptable or tolerable”. Only 39 per cent of Israelis found this “unacceptable”.

Further, when borders are part of a larger comprehensive peace agreement, support rises. In 2010, two different surveys – one by the Geneva Initiative and the other by the polling firm Dahaf – showed 54 per cent and 67 per cent support, respectively, among all Israelis for similar full peace packages.

Finally, the Israeli public at present seems to be “ahead” of its leaders on peace in general. The Dahaf survey also sampled Knesset members: only 46 per cent supported the full agreement, compared to two-thirds of the public.

But that doesn’t mean that the Israeli public will actively drive its leaders forward. Israelis are demoralised about peace and can easily turn sour. In all surveys, nearly half of the Jewish population defines itself as right-wing, and that means they are not at all happy about accepting the compromises Israel will have to make. The “support” response in surveys hides the pain of past disappointments and deep distrust Israelis feel even as they acknowledge what must be done. So Israelis are in no rush to make sacrifices, and will take any excuse to defer them.

Therefore when the Prime Minister rejects basic compromises, large portions of the Jewish Israeli public follow. That explains the results of Israeli newspaper surveys following Netanyahu’s visit to Washington, and fluctuations over the last decade in general.

In this cynical environment, leaders who genuinely want peace need to leverage latent public support, with bold initiatives. It’s possible: a Truman Institute survey from October 2010 shows clearly that even though Israeli respondents were deadlocked on the full agreement (44 per cent support it and 43 per cent oppose it), when told that the Prime Minister might initiate a referendum and ask them to vote on this same agreement the balance shifts: 47 per cent support it, 15 per cent are undecided and 38 per cent do not support it.

This result shows the power of leadership. Were the Prime Minister of Israel to face his people in reality – not in a survey – and say, “These compromises, this agreement is best for both our peoples”, three per cent more Israelis can be convinced. That’s a majority.

2 Responses to The ’67 Borders: Who’s Happy to Accept Them?