Ten Reasons Why ‘Iran Plotter’ is ‘No James Bond’ 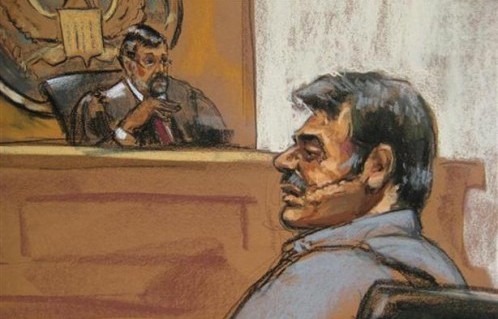 I personally do not understand how the corporate media in the US can report the following things about Manssor Arbabsiar and then go on to repeat with a straight face the US government charges that he was part of a high-level Iranian government assassination plot.

Here are the top 10 reasons that he cannot be Iran’s answer to 007:

10. Arbabsiar was known in Corpus Christi, Texas, “for being almost comically absent-minded”

9. Possibly as a result of a knife attack in 1982, he suffered from bad short-term memory

8. He was always losing his cell phone

7. He was always misplacing his keys

6. He was always forgetting his briefcase and documents in stores

5. He “was just not organized,” a former business partner remarked

4. As part owner of a used car dealership, he was always losing title deeds to the vehicles

3. Arbabsiar, far from a fundamentalist Shiite Muslim, may have been an alcoholic; his nickname is “Jack” because of his fondness for Jack Daniels whiskey

2. Arbabsiar used to not only drink to excess, but also used pot and went with prostitutes. He once talked loudly in a restaurant about going back to Iran, where he could have an Iranian girl for only $50. He was rude and was thrown out of some establishments.

1. All of his businesses failed one after another

The downward trajectory of Arbabsiar’s life, with his recent loss of his mortgage, all his businesses, and his second wife, along with his obvious cognitive defect, suggests to me that he may have been descending into madness.

I hypothesized yesterday that Arbabsiar and his cousin Gholam Shakuri might have been part of an Iranian drug gang. But after these details have emerged about the former, I don’t think he could even have done that. Indeed, I have now come to view the entire story as a fantasy.

That a monumental screw-up like Arbabsiar could have thought he was a government secret agent is perfectly plausible. I’m sure he thought all kinds of things. But that he was actually one is simply not believable.

OK, Qasim Soleimani, the head of the Qods Brigade special operation forces of the Iranian Revolutionary Guard Corps, may not be a nice man. But he is such a competent man that US officials in Iraq widely believed that he repeatedly outmaneuvered and defeated them there.

The allegation that Soleimani was running a hard-drinking incompetent with no memory and no sense of organization like Arbabsiar on the most delicate and dangerous terrorist mission ever attempted by the Islamic Republic of Iran is falling down funny.

Moreover, there is every reason to think, as Jeffrey Toobin suggests is a possibility, that Arbab was entrapped into this plan by a criminal drug runner in the pay of the US government, who suggested most of the key details to Arbabsiar in the first place. If the latter was as mentally disturbed as the WaPo report makes him sound, he may have been particularly suggestible and therefore an excellent subject for entrapment.

There is no connection to Iran here. Arbabsiar had $100,000 wired from a third country to what he thought was the Mexican drug gangster’s account. The money did not come directly from Iran. Even if it originated there, there is no reason to think it was government funds. Arbabsiar was himself worth $2 million in Iran; for all we know, as he got lost in his fantasy land, he began being willing to spend his Kermanshah inheritance on the crazy scheme.

The DOJ complaint says that Arbabsiar boasted that his cousin (Gholam Shakuri) was a “general” in Iran but did plainsclothes work abroad and “had been on CNN.”

Since two out of three of these allegations are obvious falsehoods, why should we believe anything else Arbabsiar said about his cousin? Note that it is the speculation of the DOJ that Arbabsiar’s description of his cousin suggests that Shakuri is a member of the Iranian Revolutionary Guards Corps. He is not so identified by Arbabsiar, who simply says he is a general who travels in civilian clothes. There is no such general.

Since Arbabsiar clearly does not have a firm grasp on reality, to indict the IRGC with these rambling and preposterous claims would be highly unwise.

I am frankly shocked that Eric Holder should have brought us this steaming crock, which is now being used to make policy at the highest levels. That a Mexican former drug runner being paid by the US taxpayers might have thought he could advance his career by playing mind games with a somewhat crazy Iranian expatriate is no surprise. That you could put fantastic schemes in Arbabsiar’s mind if you worked at it seems obvious. That anyone in the DOJ or the US foreign policy establishment would take all this seriously is not plausible. I conclude that they are being dishonest, and that this is Obama’s turn to wag the dog as he faces defeat at Romney’s well-manicured hands next year this time.