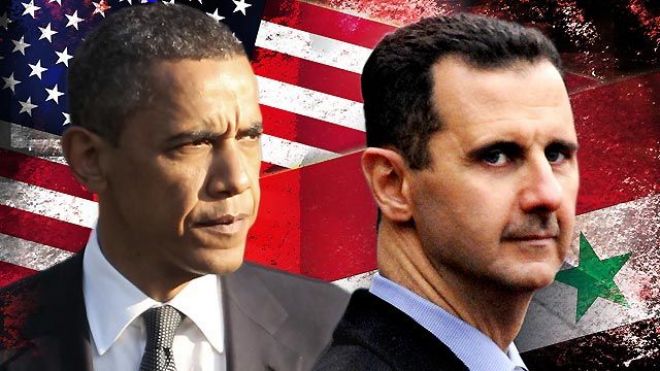 The US has refused to be drawn into offering weapons to the Syrian opposition, even if the new Secretary of State John Kerry refused to deny to Fox News this week that the US may be training opposition forces. The US has given the opposition increasing political support and a wide range of other aid, but all this civilian support is not much help to the fighters on the ground battling Bashar Al Assad’s well armed forces.

The problem with this approach by the Obama administration is that by going gently, it allows Al Assad to think that he might still win by fighting. And it also places a huge strain on the opposition forces who are not ready to fight a long war of attrition against the well-armed government.

Nonetheless, Kerry summed up the American position when he told National Public Radio in an interview from Abu Dhabi that “what President [Obama] really wants is a peaceful resolution of this. He feels strongly that the immediate answer is not to empower more killing; it is rather to try to say to President [Al] Assad there is a solution. It’s the Geneva Communiqué, which offers a transitional government, chosen by both sides, that has mutual consent and then has full executive power to transition the country to a democracy, to a chance for everybody to vote for their leadership. Now if [Al] Assad doesn’t want that, then he is obviously asking for yet another ratcheting up of other countries and other efforts.”

There is deep concern all over the region that the fighting in Syria could lead to much wider destablisation, in addition to the massive suffering that the millions of Syrian people have had to endure. This was made clear to Kerry by General Shaikh Mohammad Bin Zayed Al Nahyan, Crown Prince of Abu Dhabi and Deputy Supreme Commander of the UAE Armed Forces, who met him in Abu Dhabi in the presence of Foreign Minister Shaikh Abdullah Bin Zayed Al Nahyan and other senior UAE ministers and officials.
During the meeting, General Shaikh Mohammad underlined the political and humanitarian responsibility of the international community about dire situation being experienced by the Syrian people, and its repercussions on the stability of surrounding countries and the region as well.

Straight talk
Talking to CBS, Kerry finally let some of his emotions show when he said “We not going to let up the effort to hold President Al Assad accountable for his random killing of Syrian citizens, for sending SCUDs to destroy hospitals, and shoot women and children in places where he knows they will be at the time they shoot. He is literally destroying his country in the effort to hold onto power. And so this is a vital moment to try to get him to realise he either comes to the table to negotiate, or the opposition is going to get greater and greater support, and ultimately he will have to make that decision.”

The details of what the Americans have been doing to support the Syrian opposition are listed by the State Department. This includes “vigorous diplomatic support of the Syrian Opposition Coalition (SOC); nearly $385 million in humanitarian assistance to help those affected by the conflict; and approximately $115 million in nonlethal support to the Syrian opposition, including for the SOC to assist local opposition councils and civil society to provide essential services and to extend the rule of law and enhance stability inside liberated areas of Syria; and soon we will be providing food rations and medical kits to both the SOC and the opposition’s Supreme Military Council to feed the hungry and tend to the sick and wounded.

The State Department gives some details of its actions. For example, the aid targeted at supporting emergent local and national democratic networks, and civic groups, includes “training and equipment to build the capacity of a nationwide network of ethnically and religiously diverse civilian activists to link Syrian citizens with the SOC and local coordinating councils. This support enhances the information security of Syrian activists, human rights organisations, and media outlets and empowers women leaders to play a more active role in transition planning.”

The tragedy is that all this worthwhile work may lead nowhere. This important underpinning of civil society and nation-building has to happen in a reasonably stable situation, and will not operate when a full scale civil war is killing hundred of people a week.

Without weapons, the opposition will not be able to bring the government forces to the negotiating table. And those opposition units with radical Islamic backing which are getting weapons from their backers, are gaining in influence.