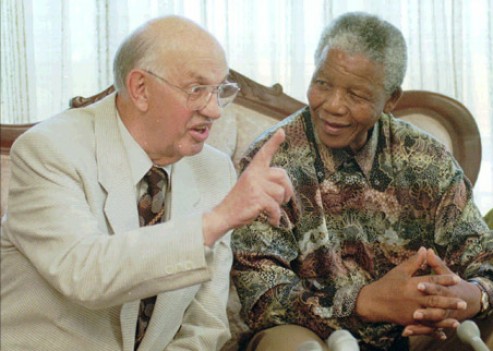 Lebanon is about to face one of those moments that illuminate the character of a country. The Special Tribunal for Lebanon investigating the killing of former Prime Minister Rafik Hariri is about to move into high gear. The institution’s prosecutor has now handed over draft indictments to a pre-trial judge. It is widely believed that persons connected with Hizbullah will be named.

An outside observer might think a public trial of those involved in Hariri’s murder is a positive sign. It would mark a dramatic shift away from Lebanon’s history of settling sectarian strife with bullets and bombs. However, so tortured is the country’s past that inside Lebanon the prospect of the assassins being brought to justice has spawned more fear and loathing than hope.

The worry is that even if the tribunal can establish the supremacy of law, it will spark a new round of hostilities between the Shiite and Sunni communities and their allies. So deep is the concern inside Lebanon that Walid Jumblatt, head of the Progressive Socialist Party and leader of the Druze community, has declared that given a choice between advancing justice and avoiding armed conflict, he would choose the latter.

Why should the Lebanese be made to suffer, the argument goes, just so that justice can be pursued in one case?

Applying a utilitarian, cost-benefit calculation, Jumblatt’s math seems to make sense. In fact it is a prescription for Lebanon remaining a lawless state in perpetuity. If justice is deferred, blackmail and threats will always win out. Physical force will take precedence over the rule of law so that security and justice both lose out.

Jumblatt’s priorities stand in sharp contrast with those of Nelson Mandela, former President of South Africa. Mandela also understood mental and physical force as alternate ways of solving conflict. When he first met with his white oppressors to discuss the transition to a democratic South Africa, Mandela famously told them they could “either shoot it out or talk it out.”

For those who were prepared to take responsibility for the crimes they committed, a Truth and Reconciliation Commission was established in which admissions of guilt and expressions of contrition were exchanged for forgiveness and the forfeiting of retribution.

For the resolution of all other conflict, the South Africans chose to rely on the courts and the law. Most importantly, they put a Constitutional Court, created to ensure that politicians remained faithful to the rule of law, at the apex of their legal system. Over the course of its first 15 years, the record of this court has been outstanding. In less than a decade it has put a stop to all forms of corporal punishment, including the death penalty, ordered the government to look after the homeless and people infected with HIV, and outlawed discrimination against women and gays.

When the current histories of Lebanon and South Africa are put side by side, the advantages of using law rather than physical force to solve conflicts are obvious. In South Africa, political killing is past history. In the new, democratic South Africa not even Mandela is above the law. South Africa now plays the role of mediator and peacekeeper rather than being an exporter of private militias.

For as long as Lebanon’s leaders do the math like Jumblatt, however, the country is doomed to be another failed state in the Middle East in which the most powerful people put themselves above and beyond the reach of the law. Some say law and justice are no longer an option in Lebanon because the integrity of the tribunal has been so tainted by the ineptness of its investigation and the false evidence it has collected that it can no longer be trusted. But to impugn the character of the tribunal before it has heard from a single witness is surely a case of jumping the gun. Only after the institution has concluded its deliberations will it be possible to make judgments about how faithful it has been to the law and how impartially it has done its job.

In the meantime there is every reason to give the tribunal the benefit of the doubt. The appointment of Antonio Cassese as president makes it highly unlikely that politics will play any role in the tribunal’s deliberations. Cassese is an international jurist of the highest reputation and has had extensive experience with international criminal trials. Those who are inclined to look at the tribunal with suspicion and misgivings should recall that when Mandela committed South Africa to the rule of law, more than half the judges who sat on the Constitutional Court were white.

When you ask South Africans to explain why they gave up their guns and put their trust in the law they often point to an aspect of African culture they call ubuntu. Ubuntu is about the interconnectedness of people. Instead of looking at others as a threat, everyone is seen to be part of a larger human family. When disagreements occur in families, everyone listens to what the others have to say. Disputes are settled by strength of argument not the physical power of the disputants.

Lebanese culture has a similar culture of hospitality and generosity toward strangers. The question is whether the Lebanese will choose like the South Africans and use their best instincts to put down the foundations of a state functioning according to the rule of law. Every friend of Lebanon hopes they do the maths like Mandela did.

David M. Beatty is a jurist living in Beirut. This article is distributed by the Common Ground News Service (CGNews) with permission from The Daily Star.