‘Soft on Israel? No, I’m Hard on Compassion’ 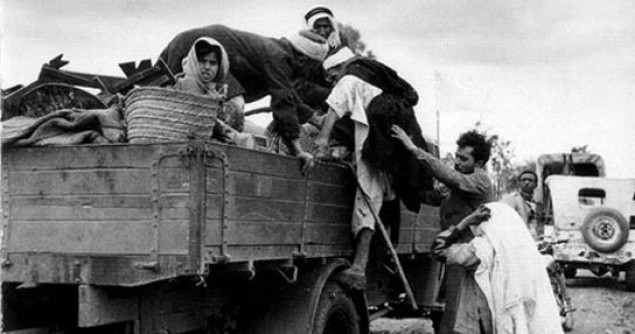 I do not need anyone to teach me about the Palestinian Nakba. It is the defining moment of my existence. During the war in 1948, my family had already fled our home in Talpiot in southeast Jerusalem and taken shelter in a monastery. We quickly gathered some possessions and climbed down and up the mountain to Bethany, and then to Jericho. We eventually resettled as refugees in Arab East Jerusalem.

Because I was a graduating medical student at the American University of Beirut during the war of 1967, I became a double-refugee. After finishing my residency training in the United States, I returned to Jerusalem to practice medicine, but Israeli military officials denied me permission to stay. Thus it was that I became part of the first generation of my family in over 600 years to build a life outside of Jerusalem. Mine is one of three families studied by the Israeli historian Dror Ze’Evi in his book about Jerusalem in the 1600s. It was years later, as an American citizen, that I returned to visit the city of my birth.

I recount this not to bewail my fate, or to dwell in the past. The four generations of Palestinians who have lived and died in refugee camps are the real face of the Palestinian tragedy. It is fitting and proper to honour historical truths, but also to learn the lessons they teach us.

Israelis and Palestinians alike are two peoples who have experienced traumatic histories. We must never forget them. But we must not be held hostage by history either. We must care more about the future of our grandchildren than the past of our grandparents, or even ourselves.

We must work together to build a future in which both peoples can enjoy the rights, responsibilities and dignity of citizenship and self-determination. There is only one way to actually accomplish this: ending the occupation and creating a Palestinian state to live alongside Israel. Palestinians must recognise and accept Israel, which is a legitimate member state of the United Nations. The Palestinians must have one place on earth, the territories occupied in 1967, where they can live freely as first class citizens in their own independent state. There is no other way to end the cycle of bloodshed, pain and hatred that has lasted for so long.

To accomplish this, half measures and partial acknowledgment are insufficient. Both people must fully recognise each other’s national rights and states.

Since we established the American Task Force on Palestine in 2003, I have been criticised for being “too soft on Israel”, mostly by those who seek to lecture me about the Nakba and trumpet their own Palestinian “patriotic credentials”. In an insightful comment about my attendance at a recent Israeli Independence Day event, a distinguished Palestinian American friend of mine noted, “you weren’t celebrating the exodus of 800,000 Palestinians, or the destruction of Palestine, or the Nakba, but keeping the face of Palestine alive, and keeping the door for negotiations and human contact open.”

I well understand the anger that the memory of the Nakba provokes, especially in young people. I remember what it felt like on the eve of war in 1967. We were excited at the prospect of the liberation of Palestine that would allow those of us who became refugees in 1948 to go back to our homes. But this war in fact made me a refugee once again.

In the ensuing years, I have come to recognise that the wars of 1948 and 1967, like bookends holding together volumes on a shelf, form the practical margins for resolving the conflict. The Arabs were unable to prevent the Jewish people from establishing the State of Israel in 1948. But Israel cannot incorporate the Palestinian territory and population conquered in 1967 without losing both its Jewish and its democratic character. That is why only a two-state agreement, which recognises the legitimacy and limitations of both national projects, offers a conflict-ending solution.

Our histories and narratives are precious. They must not become political bargaining chips, or the subject of negotiations. Palestinians and Israelis will not embrace each other’s narratives, nor should they abandon their own. They don’t need each other to confirm their own identities. What they need is a workable, ironclad, conflict-ending arrangement to allow them to live side-by-side in peace. Hearts as well as minds must change to make this possible.

The only way to honour our tragic histories is to create a future for our children free of man-made tragedy. This means making peace fully, completely and without reservation, between Israel and a State of Palestine.

Ziad Asali is the President and Founder of the American Task Force on Palestine. This abridged article is distributed by the Common Ground News Service (CGNews) with permission from the author.

3 Responses to ‘Soft on Israel? No, I’m Hard on Compassion’