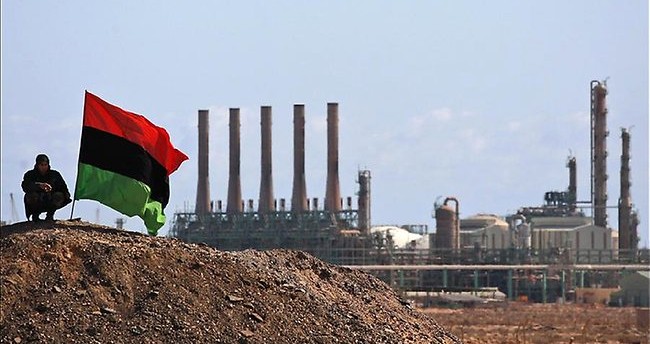 Rumours and false news items pervade Libyan websites and social media, as well as the traditional media. The most recent rumour was that oil refineries in Libyan cities were to be closed, which led to huge lines at filling stations and delays for people headed to their workplaces. Immediately afterwards, the Oil Minister announced that this news was false.

Such rumours lead to finger-pointing, threaten security in the country and serve to deepen existing divisions between those who supported Muammar Al-Qaddafi’s government and those who supported the revolution. To counter this, the Libyan government has launched #RumorControlLibya, an online initiative to dispel rumours that threaten to disrupt the country. And while it is certainly not sufficient to solve all these problems on its own, it is a move in the right direction.

Ten months ago, various rumours circulated when the Libyan government announced and then denied that Musa Ibrahim, the former official spokesman for Qaddafi, was captured. The confusion surrounding this event in the government’s ranks and subsequent misinformation resulted in a bloody clash in Bani Walid, a region in Northwest Libya that has been the site of regular clashes between tribes who supported Qaddafi and those who didn’t.

Many people believe that Libya is a victim of a well-planned conspiracy to cause clashes among Libyan politicians and spread terror among citizens through rumours. Some believe that the old regime is behind the conspiracy.

The problem is that many rumours seem to begin with official sources, such as government-run news channels and websites. Some reporters then repeat this information without fact-checking.

In response, the Prime Minister’s Information and Communications office has launched the #RumorControlLibya initiative to combat rumours through Facebook (https://www.facebook.com/LibyanGovernment) and Twitter.

Since the launch of this initiative, #RumorControlLibya has denied rumours that European embassies are refusing to issue Schengen visas (good for entry into 26 European countries), and that Al-Qaeda bases have been bombed in East Libya. Although it is still too early to say if this initiative will prevent future clashes, it is a positive initiative and has started to spread through social media.

Unfortunately, many Libyans still don’t know about #RumorControlLibya. The government should therefore do more to promote its existence, such as using traditional media channels and outlets to inform the population.

Also, in the long run, this initiative on its own is insufficient to stop rumours.

Media outlets also have a role to play. They must increase both the timeliness and quantity of news stories. They need to check their facts, improve accuracy and respond to news stories faster, and provide views from diverse groups impacted by the events being reported.

Reporters could benefit from greater capacity and tools to combat misinformation and verify facts. A cadre of reliable, experienced media professionals would help Libyan media fully adopt its role as a pillar of power in the country. Improving the national channels is important and will increase the perception and role of the media in the country.

The government must also work to improve the timeliness and quantities of their response. One news bulletin a day is not always enough. Government offices should also send news items to media outlets, who can, in turn, report on these issues publicly, creating confidence in the credibility of both the news and government spokespeople.

Supporting the media sector is the critical part of the democratic process in Libya. #RumorControlLibya might be a good start, but media channels and the government also have other crucial roles to play.

Marouane Bakit is a young Libyan journalist and activist.