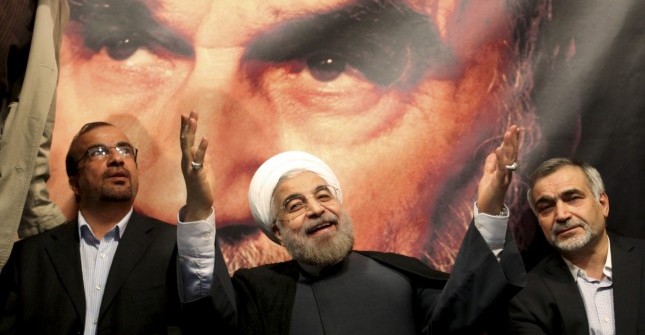 On Friday, a clear majority of Iranian citizens chose Hassan Rouhani, a revolutionary cleric who has served his country as a leader of Parliament, a military leader, a negotiator and a key advisor to Supreme Leader Ayatollah Ali Khamenei, as the next president of the Islamic Republic of Iran.

I’ve been involved with Iran since 1959, both as a US government official and as a private citizen. I have negotiated with the Iranian government before and after the 1979 Revolution, and have fostered relationships with many Iranians for the past 55 years. With Rouhani as the President-elect, I am of the view that the next year or so will present the best opportunity for the United States and Iran to settle differences and dispel mutual distrust between our countries through serious negotiations.

By serving in major institutions in revolutionary Iran, Rouhani has the ability to influence many of the major power brokers in Iran and can thus help jump-start serious negotiations to create sustainable changes in US-Iranian relations. He has the support of key figures, including former presidents Akbar Hashemi Rafsanjani and Mohammad Khatami, significant because of their own popular support and the steps that each of them made during their tenures toward rapprochement with the United States.

In a press conference on 17 June, Rouhani stated that, “We don’t want to see more tension [between Iran and the United States]. Wisdom tells us both countries need to think more about the future and try to sit down and find solutions to past issues and rectify things.” Such a stance can help facilitate bilateral talks.

President Barack Obama has furthermore offered to engage in bilateral talks with Iran. The White House in fact reiterated this after the election, saying, “The United States remains ready to engage the Iranian government directly in order to reach a diplomatic solution that will fully address the international community’s concerns about Iran’s nuclear program.”

Both countries know what should be done to achieve better relations, and the door is open.

While Iran’s nuclear program continues to be a contentious issue between the two nations, positive steps towards a resolution seem possible. The United States needs to determine with Iran whether its declaration that it is a non-nuclear weapons member of the Non-Proliferation Treaty is verifiable by credible technical means and ensure that Iran’s nuclear program is only for peaceful purposes. To this end, Rouhani has said that, “We are ready to show greater transparency and make clear that the Islamic Republic of Iran’s actions are totally within international frameworks…the second step is promoting mutual confidence.” This is another encouraging sign.

Sanctions targeting Iran, which are harmful to the Iranian people and hurt relations, are largely linked to Iran’s nuclear program, as President Obama indicated during Monday night’s broadcasted interview on the Charlie Rose Show on the US Public Broadcasting Service (PBS). If greater transparency in Iran’s nuclear program is shown, the United States should lift sanctions during a period of negotiations to resolve the two countries’ differences to better ensure success.

The region is furthermore ripe with opportunities for the US and Iran to work together on concrete issues to achieve mutual interests such as bolstering regional stability, which can serve as confidence-building measures. Iran and the United States should work together with other parties in the Middle East on issues of mutual concern, including bringing an end to the tragic violence in Syria, stopping drug trafficking, the illegal arms trade and other criminal activities in the region.

Considering Rouhani signaled his belief that cultural exchange is an important part of improving relations by saying in a presidential debate that “art can be a great tool for cultural diplomacy,” cultural exchange between the two countries should also be resumed to provide opportunities for more Americans and Iranians to meet.

The election of Hassan Rouhani offers the chance to create a new, peaceful relationship between our countries based on mutual respect, shared values and common interests. We should work with him to bring our peoples and nations together in peace once again.

Ambassador William Green Miller is the Senior Advisor on the US-Iran Program for Search for Common Ground and a senior public policy scholar at the Woodrow Wilson International Center for Scholars. His direct experience with Iran dates to 1959 when he began his US Foreign Service career first in Isfahan and then Tehran.