Returning to ‘the New Bahrain’: It’s a Sadder Place 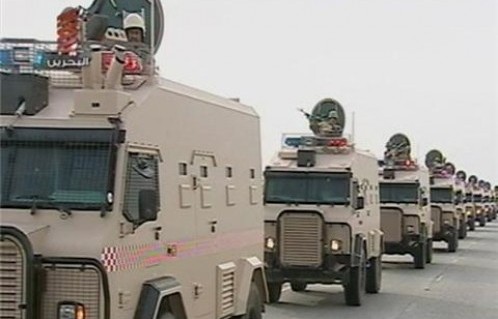 I returned to Bahrain a couple of nights ago after a two-week holiday in Thailand and Malaysia. The morning I left, tanks from Saudi Arabia were arriving. Within days, Pearl Roundabout had been cleared, the monument demolished, and checkpoints established at key locations around the island. The country was, and continues to be, in a State of Emergency.

Pearl Roundabout is now no longer a roundabout – more an intersection. The government has made strenuous efforts to explain the reasons for the crackdown. In particular it has blamed Iran – and its Lebanese client Hezbollah – for inspiring the uprising. It has cited acts of violence against the police and members of the expatriate community – especially those from South Asia – as evidence of the malevolent intent of an extreme element among the protesters.

Letters in the local media describe the politicisation school teachers, and of staff at the Salmaniya Hospital – the main public hospital in Manama. They talk of verbal and physical abuse of patients, including a Pakistani policeman who alleges that he was set upon and beaten up by a gang of young people when he was returning home after a shift outside a foreign embassy. He claims that he was then dumped at the hospital by the youths, who boasted that they had killed him.

It is not difficult to find the protesters’ side of the story on the social media – Facebook, Twitter and YouTube. Claims of police brutality abound. Videos purporting to show the police beating people up, helicopters with mounted machineguns in the sky over Manama, pictures of the dead – characterised as martyrs – and images of grieving relatives.

The local media has been full of criticism of the international press – particularly the BBC – for unbalanced coverage of the events of the past eight weeks. Nick Christof of the New York Times has come in for strong criticism for his reporting of the initial violence. Predictably, he and his Facebook page have become a magnet for admiring opponents of the government.

I have no idea about the veracity of the competing claims. I only know that much damage – personal and economic – has arisen out of the conflict.

I arrived at an airport that was relatively empty. There were few people entering Bahrain off my relatively full flight from Kuala Lumpur. Most were transit passengers. The arrivals hall seemed much less busy than usual. I took a taxi home and discussed the situation with the driver. He was at pains to assure me that things were much better now – getting back to normal. But the cost to himself was severe. There had been many days when he had been waiting for up to five hours for custom.

On the journey to my apartment, we passed through four checkpoints. It didn’t take long, because there was little traffic on the road. The checkpoint nearest the airport was manned by uniformed traffic police, and one member of the internal security force clad in a black jumpsuit and matching balaclava – a sinister touch.

The taxi driver told me that the curfews had been gradually relaxed – it is now 11pm to 4am in certain areas. I asked whether the Saudis – who normally flock across the causeway in their thousands for the weekend – were returning. He said not.

When I got back to the apartment I scanned the newspapers for the past two weeks. They were full of stories designed to restore confidence in the economy. Announcements about new infrastructure projects, plans for thousands of new houses, possible help for businesses that have been badly affected by the turmoil. There has been no attempt to downplay the economic damage, but as you would expect, the government is doing its best to spread good news.

Leaving aside issue of public order – the situation seems to continue to be tense in some areas, especially in the villages where many of the protesters live – you can see that the private sector will be suffering for some time yet. This is especially the case for the hospitality industry and for the small traders who rely on tourism for much of their income.

But on the upside, there are likely to be major opportunities for contracting companies as the government starts spending some of the $10 billion aid package it received from the GCC.

In the long term, Bahrain must transition from the State of Emergency into a new normality. Whether the government will address the political issues that were at the root of the initial protests remains to be seen. My guess is that, like Saudi Arabia, it will focus first on the grievances based on economics – housing, education and jobs. There may be some political changes, but they are unlikely to go as far as many of the protesters have demanded – and certainly not to the point that the ruling family cedes control over the fundamental levers of power.

The views expressed at the Pearl Roundabout are not likely to subside any time soon. If claims of Iranian support for the uprising are valid, it is possible that we will see action in the future that bears the Iranian trademark. But Bahrain is a small island with a relatively small population. It is neither Beirut nor Baghdad. It will be difficult for an organised resistance movement to keep their activities secret.

The overwhelming feeling on the island, particularly among those who have no axe to grind, is sadness. Yes, of course there is plenty of anger as well. Bahrain was no paradise – the issues that have come to the boil have done so before, and the government surely knows that it will happen again unless they can address them in a constructive way. But the sadness, that I share, is to see how people have jumped to the sectarian barricades, and also to see ordinary people living reduced lives because of the economic impact of the recent events.

Looking forward, new laws and state handouts will not heal the wounds. There must also be a process of dialogue and reconciliation. The trick is to bring people to the table even while the country remains under a State of Emergency. That will not be an easy task. Harder still will be to return the development agenda – to build a nation of entrepreneurs, critical thinkers and wealth creators.

The New Bahrain is a sadder and not a gentler place. But the way to build a better Bahrain is to develop the talents of its people, change mindsets about the meaning of work and move beyond a culture of entitlement. Achieve those objectives, and political change will evolve of its own accord. The alternative is slow decline. And nobody wants that.