Reform Not Regime Change is What Syria Needs 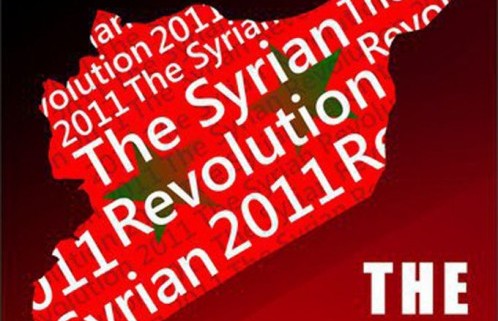 It’s not the time for a considered, “what does this mean” post. Instead, I’ll give you three must-reads.

First, from the Economist:

There are signs the crisis in Deraa could be solved. A group of prominent locals has presented a list of demands to the government. These include the end to emergency law and the dismantling of the local security office, but not the removal of Mr Assad. Friday’s protesters had different motives in different parts of the country. In other areas, such as quiet Damascus, many disbelieve the news leaking out or prefer to turn a blind eye. Some activists want to pull back, viewing the situation as a dangerously unarticulated barrage of anger. Dormant opposition figures are complicating matters by trying to enter the fray. …

Many want change in an orderly fashion. But a continued bungled, violent response by the government could change that.

Steven Starr, a freelance reporter in Damascus and founder of the Near East Quarterly, makes a good point about the lack of any known leadership among the opposition and the diverse regional motivations for the demonstrations. The differing motivations and goals driving each of the protests suggest a lack of coordination. The government can restore control, this would suggest, if it doesn’t defeat itself by responding with too much force and if it listens to the people.

The second note, which is copied below in Arabic, is from a friend in Deraa whose entire family is there.  He explains how the demonstrations evolved as a protest to the 15 school children who were arrested for writing slogans that they had learned on al-Jazeera from the Egypt coverage.  He argues that the stupid actions of the governor and security exacerbated the situation, but that few want revolution and many fear disorder and chaos. All the same, he insists that no one wants the situation to return to what it was. Everyone wants change, but they want orderly change. The tribal customs of Deraa require protest for the arrests and particularly the killings, but, he suggests, the tribes also have concrete demands that can be fulfilled and negotiated. Their demands are not revolutionary, he insists.

Finally, David Hirst in the Guardian:

Standing up to the west isn’t enough to save Assad

There is a growing feeling that it could escalate into something much bigger and more decisive, with the regime’s own reactions – now consisting of the usual brute force with a novel, nervous admixture of conciliation – constituting the key factor as to whether it does or not.

I have to stress at this point that I am only interpreting what I am reading. I’m sure you will have other interpretations, and you are free to share them.

But what I am sensing is that, despite the noises on Twitter – the violent, roudy voices telling everyone they disagree with to shutup – that the Syrians referred to in these three articles don’t want regime change. That they have a set of demands and that they will settle for those, even if that leaves the regime intact. This is the big difference: at the moment, this is a reform movement (remember last month’s protests when the call was for dignity: “the Syrian people will not be humiliated,” they cried) not a revolutionary one.

But all three articles suggest that aim may change if state guns are used on a larger scale. Six people have already died.