I breathed a sigh of relief when Margaret Thatcher resigned as Prime Minister in 1991. She was a divisive politician, and I found myself on the anti-Thatcher side of the divide. 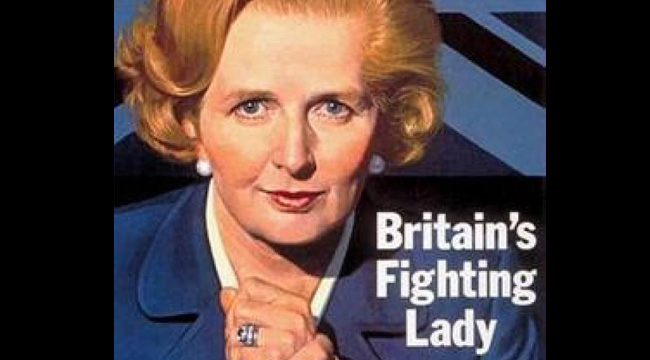 I couldn’t stand the woman, as much for her style as for her policies. I hated her Churchillian posturing over the Falklands crisis, her gloating over the decline of the trade unions, her school-marmish lecturing of our European partners, her bullying of her cabinet colleagues, her stubbornness and inflexibility over the poll tax, and her ridiculous rhetorical constructs, such as “you turn if you want to, this lady’s not for turning”.

Looking back on her life now ended, 22 years since she left office I still feel the same way about her personal style, but differently about many of her policies.

She was wrong to emasculate local government. She presided over the destruction of our manufacturing base and didn’t have the vision to see that the resulting service-based economy was built on shifting sands. She was wrong to place so much faith in a deregulated financial market. She presided over a growing culture of greed, and a widening of the gap between rich and poor. She did little to alleviate inner city decline until forced to do so.

Many of the problems the UK is facing today she didn’t see coming. But neither did her predecessors. And neither did most of the rest of us.

Her style was to extent a reaction to the misogynistic political culture that prevailed during her early career. She became a caricature of stridency, which was unfortunate, because it enhanced the perception of divisiveness. As a human being she was clearly not the harridan she projected, as testimony from those who knew and worked with her amply demonstrated. Underneath the Iron Lady was a bit of a marshmallow.

Legacies are for historians, but for all her failings, I do believe that the UK has much to thank her for. She didn’t return our country to greatness, and anyway we were never that great in the first place. But she was never less than sincere, honest and passionate.

Something I never thought I would say when as a student I spent inky hours printing anti-Thatcher posters.