Conspiracies, scepticism and the burden of proof 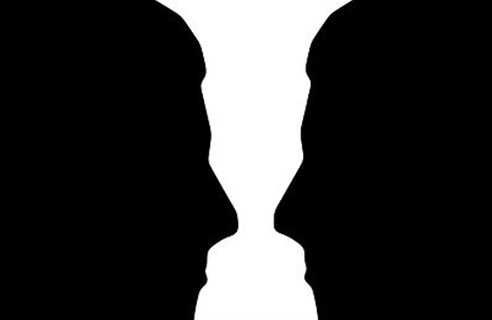 In a corner of the multi-verse, natives of a world ardently believe a unicorn driving a black Camaro is responsible for pulling the sun around the sky. They arbitrarily decide the entire burden of proof for the existence of the unicorn lies on a random person – Dan – who decides to satisfy it by hunting down and beheading said horned equine.

This sketch, from a popular web comic, offers a neat segue into the vagaries of that complex, complicit, misconstrued term – burden of proof.

Burden of proof is a construct fairly central to debates in the realm of public affairs, policy, metaphysics and philosophy and faith. On getting down to brass-tacks, it simply decides who has the duty to offer up evidence for a specific point of view.

In constructive debate, the burden of proof is usually on the individual or group making an assertion. So, for instance, anyone hypothesizing that highly intelligent subterranean gerbils secretly built the Romans’ sewage system would have to offer some sort of inductive evidence.

In real life, alas, many adopt fanciful positions, and ask the opposing party to refute them by ‘proving’ this is not the case. They request their friendly neighbourhood sceptics to ‘prove’ a divine unicorn does not pull the sun across the sky. Or 9/11 was not a conspiracy. And smart, unionized gerbils had no correlation with Roman faecal management.

Clever though it might be as a defensive posture, the ‘prove it doesn’t’ approach has been given a particularly pleasing name by logicians: they call it the fallacy of Argument from Ignorance. It’s also called the fallacy of demanding Negative Proof.  Philosopher Russell Brand, bane of the vacuously fanciful, gave vent by offering his Celestial Teapot refutation:

“If I were to suggest that between the Earth and Mars there is a china teapot revolving about the sun in an elliptical orbit, nobody would be able to disprove my assertion provided I were careful to add that the teapot is too small to be revealed even by our most powerful telescopes. But if I were to go on to say that, since my assertion cannot be disproved, it is an intolerable presumption on the part of human reason to doubt it, I should rightly be thought to be talking nonsense.”

William of Occam would agree. Occam’s Razor notes that the simplest explanation fitting all known evidence should be adopted for any set of evidence. There is no place for fanciful assertions, sans evidence, that complicate reasoning needlessly and almost maliciously. If the Roman sewage system can be explained without gerbils, it is pointless and in fact misleading to hypothesise them.

Yet, there’s another way of considering problems. Statistical and positivist sociological theory is fond of hypothesis testing. This essentially means that one decides a certain way things could be, and holds it up as a standard. The test is not meant to confirm the hypothesis, but to break it if at all possible; hypothesis may be confirmed several times but only need to broken one. If the hypothesis is

Interestingly, H0 is meant to take the fall in this instance. One goes out of one’s way to find any evidence H0 can be refuted. An inability to find a gerbil capable of building a pipe would mean weaken it. Evidence that the Romans had the capacity to work lead, and design the sewage system, would be the decisive blow.

Surely, however, this is an example of negative proof, which is considered a fallacy of reasoning? Aren’t we actually postulating a hypothesis and demanding evidence to negate it?

Hypothesis testing only takes place once a hypothesis is inductively sound – i.e. there are actually a few good reasons to hold it. And it is applicable only to tangible, numerical problems, and not really suitable for resolving gerbil and unicorn disputes. Statistical theory can do much, but it can’t come to grips with vagueness of metaphysics.

There are days I wish we could start understanding the world all over again, leaving aside the built-up detritus of gerbils and unicorns inherited from posterity. The world may lose some of its romanticism, but also much of its collective insanity. Occam’s razor spruces the bleary bloodshot visage of fancy to the sharply dressed physiognomy of reason. I know which I prefer, and I suspect many concur.