‘Racist’: The Report Israel Doesn’t Want You to Read 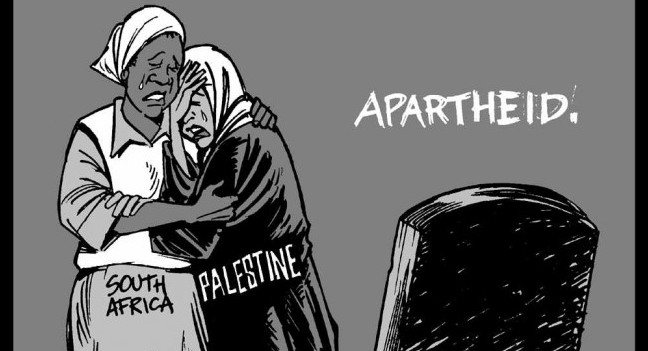 This week has seen the promotion of yet more anti-democratic legislation in Israel. A new law that received final approval by the Knesset gives, for the first time, separate representation to Muslim and Christian Palestinian citizens on a national employment commission. The bill’s sponsor, Likud MK Yariv Levin, was clear about his motivation: “[the Christians are] our natural allies, a counterweight to the Muslims who want to destroy the country from within.” An editorial in Israeli newspaper Haaretz described it as “racist legislation” by “nationalist zealots”.

Meanwhile, an amendment has been proposed to the NGO Bill – again, by a member of Netanyahu’s ruling party – which seeks to ban certain groups from registering with the Israeli Registrar of Non-Profits. Activities targeted by lawmakers include “advocating the boycott, divestment, or sanctioning of Israel or its citizens” and “denying Israel’s existence as a Jewish and democratic state.” In the words of MK Miri Regev: “Israel is not a regular country that can allow itself to lose its identity”.

These developments take place as the annual Israeli Apartheid Week is marked with dozens of events around the world. The response by the Israeli government and various lobby groups to the accusation of apartheid is a mix of tokenism, whatabouttery, and smears. But there’s one report Israel particularly hopes people don’t read.

The document in question comes from the UN’s Committee on the Elimination of Racial Discrimination (CERD), and contains the concluding observations following Israel’s periodic review in 2012. It should be read in its entirety, but I will highlight some of its findings. It blows out of water the excuses, obfuscations, and outright denial of international law typically used by Israel and its apologists.

To which Israel responds with – ‘But, but, we have an Arab in the Supreme Court!’

The reason why the Israeli government sees talk of apartheid as so problematic is because it shifts the discussion from a ‘security’ paradigm to a framework of institutionalised racism. When Netanyahu or AIPAC speak of ‘delegitimizaiton’, what they really mean is that Israel’s pursuit of policies most of the world considers illegitimate – segregation, collective punishment and ethnic cleansing – is being subjected to unprecedented scrutiny and opposition.

Ben White is a writer and researcher for Middle East Monitor and Journal of Palestine Studies. A second edition of his book ‘Israeli Apartheid: A Beginner’s Guide’ has just been published. He is also the author of ‘Palestinians in Israel: Segregation, Discrimination and Democracy’. www.benwhite.org.uk

One Response to ‘Racist’: The Report Israel Doesn’t Want You to Read