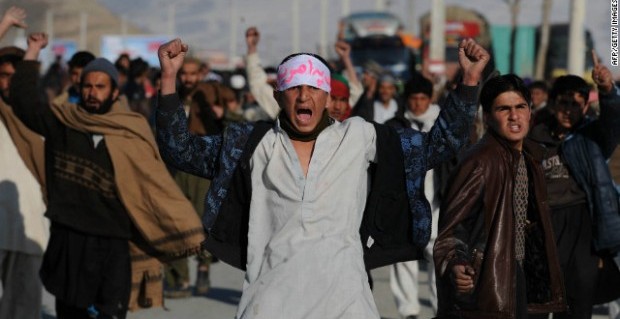 Recent news of US troops burning copies of the Qur’an in Afghanistan sparked protests and fuelled violence. In response, US President Barack Obama apologised and US military leaders in Afghanistan announced that all foreign troops will receive training on how to handle religious materials. This current crisis signals the need for more significant changes to the international forces’ mission, as well as the preparation that members of the military receive. Such change must go beyond the current plans for a US drawdown.

Coming on the heels of night-time raids and civilian casualties, Afghans see this incident as part of a larger failure rather than an isolated error – and it indicates the need for systemic change. Numerous polls, such as a 2011survey of Afghan citizens by the Asia Foundation, indicate that Afghans feel culturally humiliated and fearful of international military forces. Many Afghans perceive outsiders as an invasive, as opposed to a supporting, presence. Yet at the same time, they are also concerned about the withdrawal of foreign forces and a resurgence of the Taliban.

Afghans describe their desire for an international mission that is restricted to protecting civilians, supporting participatory governance and facilitating diplomatic efforts. This international mission should support incremental progress toward these goals independent of the US election cycle. It should also replace the current counterterrorism focus on killing insurgents, which shifts the focus away from cultural sensitivity and human security.

If the international forces in Afghanistan centred their mission and preparation on earning the trust of and protecting Afghans, military leaders might have taken into account how Afghans would perceive burning sacred books, an act that would also symbolise disrespect in many other cultures. Such insensitivity has many personal faces, such as the Afghan National Army member who apparently took revenge on US forces for the perceived humiliation of his faith on 23 February.

The Taliban gain support when they convince Afghans that international forces fundamentally do not care about their well-being and undermine their religion. Research repeatedly indicates the Taliban recruits new members not by promoting extremist religious beliefs, but by capitalising upon people’s sense of outrage and humiliation at the behaviour of international forces.

Current military training prepares forces primarily to combat an enemy rather than how to respect and protect local people. Accordingly, training and preparation for these forces also need to change.

Until recently, any harm done to local people, cultures or infrastructure was simply seen as “collateral damage” – the consequences of military strategy. In the first few months of the Iraq war, international forces had no cultural advisors. Foreign troops could navigate the geographic territory but were virtually blind to the complex local context.

As military leaders’ cultural blindness hampered their military strategy in Iraq and Afghanistan, they set up “human terrain teams” of advisors to help them map the cultural geography. Today, dozens of these specialised teams conduct cultural assessments of local communities. More widely, international forces were given pocketsize “culture cards” with a list of facts on the local context.

But these approaches are inadequate, viewing cultural knowledge as a short list of facts or as a tactic for intelligence gathering and enemy-targeting.

Instead, a smaller, more highly trained international force should prepare to demonstrate cultural respect in every single decision made in a mission focused on protecting civilians. In the short term, trust building requires formalising a more robust cultural exchange between international forces and the Afghan National Army to maximise the experience of training and learning together.

Before they are deployed, international forces should learn more broadly about culture. Anthropology courses teach that understanding one’s own culture first brings humility and reduces judgment of others. Most people are “ethnocentric” – they think their own culture is “normal” and “right” while other cultures are “immoral” or “strange”. Without a broader appreciation and respect for culture, foreign troops have few critical skills to understand why people will die to protect a sacred book.

Ultimately it is hard to imagine how international forces in Afghanistan will avoid mounting yet another round of inadvertent mistakes without a major policy overhaul at all levels. International forces need to make cultural sensitivity a priority in a mission focused on protecting civilians and addressing root causes through supporting governance and diplomacy, not waging war.

Lisa Schirch is Director of 3P Human Security and author of the report “Designing a Comprehensive Peace Process in Afghanistan”. Karim Merchant lived in Afghanistan for 10 years and advises on development policy and manages programs for international NGOs, the UN and the Afghan government.