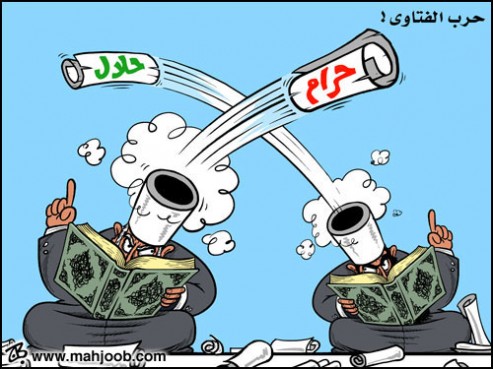 A recent “religious edict”, or fatwa, issued by the Islamic Action Front (IAF) in Jordan has accused the government of apostasy. Naturally, this has not gone over well with the state, which issued a broad public rejection of the fatwa that evidently included a press release an editorial in the Jordan Times.

The statement issued by the IAF in Jordan was criticised by the Jordanian government who described it as ‘offensive’. The Muslim Brotherhood offshoot issued a non binding edict barring Muslims from assisting US and NATO troops in Afghanistan where they stressed sending troops to help NATO and America in Afghanistan or any other Muslim country is forbidden.

The government rejected the fatwa stressing it slighted the important role of armed forces in providing medical and humanitarian aid to the Afghan people. It added that in turn it also helped preserve Jordan’s security and stability.

…According to the IAF, the MB’s political arm, Muslims are not allowed to support non-Muslims in their aggression against other Muslims and Afghanistan is a Muslim country. A government spokesman, however, insisted that Jordan will persist in assisting all brothers, including the Afghan people, in facing challenges. He added that such remarks were irresponsible and would tarnish Jordan’s role and the role of its armed forces. [source]

Ammon has the full text of the actual fatwa in Arabic.

The context for this fatwa seems a bit ambiguous to me, if not completely out of place. The last time Jordan’s role in the “war on terror” – a role it traditionally denied publicly – was brought to public attention was nearly a year ago with the Balawi fiasco in Afghanistan which exposed Jordan’s cooperation with the CIA. So why is the IAF so keen on issuing a fatwa on this subject now? Moreover, why is the political arm of the organization, the IAF, issuing the fatwa?

The Muslim Brotherhood has not had a great year all together. Boycotting the elections aside, they’ve been drowning in internal conflicts – one that was made all the more apparent after several members broke from the official boycott and ran for elections, something the IAF is still dealing with several weeks later. The hawks and the doves of the organization have been having closed-door meetings in an effort to resolve differences over key wedge issues.

I’m wondering if the fatwa was issued to distract attention from the brotherhood’s current status-quo; one of an organization that has shut itself off from any political presence in parliament, and must deal with the gaping realities of its own internal structure, all the while energizing its base.

Fatwas tend to come in handy for that.