Qatar’s Surprise Abdication: So What Happens Next? 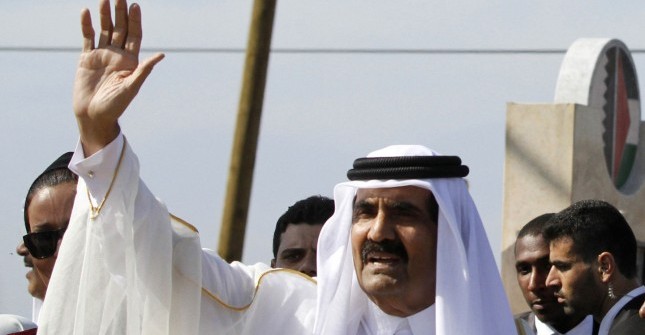 Once again Qatar leads its region and takes the world by surprise. After months of speculation and rumours, change is finally coming to Qatar. In stark contrast to leaders across the Arab World, without any popular pressure whatsoever, the Emir of Qatar, Hamad Bin Khalifah Al Thani, has passed power to his son and Heir Apparent, Tamim Bin Hamad Al Thani.

Like his father did 18 years ago when he took power from his father, Tamim will spend the next few days greeting his fellow citizens taking their oath of loyalty before beginning the work of establishing a new Cabinet and Government.

Thirty-three year old Emir Tamim is one of the youngest leaders in the world and is approximately sixty years younger than his contemporary in Saudi Arabia. Though Qatar has seen abdications before (though not in the last two changes of power) this change is deeply unusual and has no recent regional precedent. Emir Tamim is expected to instigate a widespread reshuffle in the Qatari Government, which many believe will include not only younger Qataris but perhaps even female Cabinet Ministers.

While a younger Government and Emir Tamim will have room to stamp their own personality on Qatar going forward and may well bring some needed impetus to proceedings, no one expects large changes. The strategic direction of Qatar is set: it is an international focussed country, inextricably linked to a range of key countries.

Without the leadership of Foreign Minister Sheikh Hamad Bin Jassim Al Thani, one of many Ministers expected to lose or change portfolios, the more pointed nature of Qatari diplomacy may be smoothed and Qatar may not so readily launch itself into regional issues. Nevertheless, Qatar is unlikely to back away from its foreign commitments or significantly alter its approaches domestically.

Emir Hamad has transformed Qatar. From a small backwater with no regional ambition or capability of extending its influence as it entered the 1990s, under his leadership, Qatar has become an often pivotally important country on the international stage. From hosting two huge, critically important US bases for the wars in Afghanistan and Iraq; becoming the world’s largest supplier of liquefied natural gas (LNG); starting the Middle East’s media revolution by founding Al Jazeera; becoming one of the world’s most prominent investors; and more recently actively supporting the Arab Spring: the legacy of Qatar’s Emir is extraordinary.

The Emir could not have done all this without his key lieutenant, Hamad Bin Jassem Al Thani, who has been Qatar’s Foreign Minister since 1992 and Prime Minister since 2007. HBJ as he is often known, has become one of the world’s most prominent diplomats and has overseen Qatar’s inexorable expansion in its foreign policy. He has also been the head of Qatar’s sovereign wealth fund, the Qatar Investment Authority since 2005 and has led its key acquisitions around the world, but most notably in London.

Though in the recent past Qatar has enjoyed unusual success in its foreign policy, most notably in getting Lebanese factions to an agreement in 2008 and in the support of the Libyan rebels against Colonel Gaddafi, more recently Qatar has come unstuck. Like many actors, Qatar is at a loss of how to effectively support the rebellion in Syria. Their tactics thus far of supporting a motley group of opposition activists has not proven successful, while the Qatar-based Muslim Brotherhood ideologue Yusuf Al-Qaradawi has been exacerbating sectarian tensions from Doha with increasingly shrill speeches and sermons. While Qatar is not alone in being befuddled as to how to solve the Syrian crisis, this is an ongoing issue that Qatar’s new elite will have to cope with immediately.

The two Hamads cannot easily be replaced. They were unique individuals in the history of Qatar and of their region who shared a similar vision and drive. However, the Emir has steeped his children including the new Emir, Tamim, in this vision and his work will not be unpicked. Indeed, the Hamads have inextricably tied Qatar into a range of international countries through its energy supply, its investments, and its wider government-to-government agreements. It would be almost impossible to rewind and for Qatar to retreat to an introspective focus. The 2022 FIFA World Cup in Qatar is yet another marker in the sand compelling Qatar to continue with its grand infrastructure projects and maintain its open attitude towards the world.

Tamim’s mother, the hugely influential Sheikha Moza, is still – for now – head of the Qatar Foundation – the multi-pronged social and educational charity in Qatar under whose auspices Education City containing several foreign Universities are found. Even if Moza were to step aside soon, she has inculcated her children into the Foundation’s goals and has made four of them (out of six including Moza herself) Board Trustees.

As for Tamim’s personal political inclination, aside from generic rumours suggesting that he is of a conservative persuasion, he is a relatively unknown quantity. Yet there is little evidence to support such a conclusion beyond Doha-based gossip. While Tamim was the impetus for supporting the pay rise for Qatari public workers and military officers – a classically traditional policy of Gulf rulers – thus far his key portfolios in Qatar are related to vastly expanding sporting access, boosting Qatar’s sporting pedigree around the world and making Qatar more food secure in terms of increasing Qatar’s ability to produce a meaningful percentage of its own food requirement using technology and careful management. These are hardly concerns typically associated with conservative tendencies.

Instead we need to sit and wait to see what Emir Tamim will be like. There is huge potential for him to set initiatives using his personal judgement, which will be keenly watched to discern more of an inkling as to his personality. Yet Qatar’s position in the world and its core interests have not changed.

One Response to Qatar’s Surprise Abdication: So What Happens Next?