Qatar and Libya: A Match Not Made in Heaven 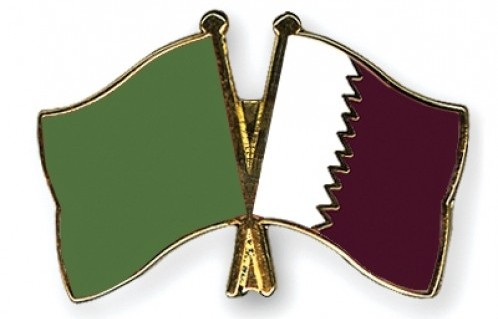 As I have noted before, Qatar’s elite has the ability to operate with amazingly few constraints. Specifically, the Emir and the Foreign and Prime Minister, for example, need only consult each other before acting. There is next to no bureaucratic involvement in terms of ‘adding to the debate’ that I can discern. No Whitehall mandarins will look a policy, scoff, and emasculate it until it is a pale shadow of its former self, as would happen in the UK.

There are several corollaries of this.

Secondly, policy can be generated by one or two men. This has dangers. In Qatar’s case – happily – the trend is that, thanks to the individuals involved most policies seem, overall, to be rather enlightened.

Thirdly, and intimately linked to point two, Qatar’s policies may well contain any blind spots, prejudices, assumptions and beliefs of these men. Thus far Qatar has steered a largely untroubled course in its ever more diverse and interesting foreign policy forays. Yet everyone makes mistakes from time to time. The question is has the Qatari elite gambled too much on this occasion?

Intrinsically linked to this whole issue is the hierarchical structure of Qatari and Gulf politics. This imbues nationals lower down the food chain with a truly, profoundly and paralyzingly great fear of acting on their intuition, of showing initiative, of taking chances, of independent thought and of independent action.

So here is my concern:

I am flying on Qatar airways tonight back to London. Gaddafi is a despicable man with a lot money, a loose grasp of reality, a clear history of stoking terrorism and, I would suggest, a burning hatred of Qatar. One need not be a professional risk analyst to note that the risk of an attack on Qatar Airways has, therefore, elevated in recent weeks.

So did the Qatari elite take this into account in their decisions? Did they appreciate the potential retaliation that Gaddafi could inflict? Or did they think that it would all be over by the proverbial Christmas and that Gaddafi would no longer be a problem?

A or perhaps the key corollary of this is was any risk analysis done in the wake of Qatar’s interactions in Libya? Did anyone below the elite level dare suggest that such a step was necessary? Or were/are people aware of the need for an analysis or extra security at, say, Doha International Airport but afraid to suggest this fearing that this might be construed as someone questioning the decisions of the elite?

I know for a fact that in other walks of Gulf life this kind of trade off is made, where safety (granted, at a ‘smaller’ level) has been compromised because people are not willing to act for fear of causing offense to one’s command structure or because nationals can, at times, be epically unwilling to take even an iota of responsibility.

At the level of something like Qatar Airways I am sure that there are/must be weekly risk assessments et al in place to provide for such situations. After all, not to have such practices (or something similar) would be criminally stupid…no? Yet what about other Qatari targets: embassies around the world; soft targets here in Doha; ships paddling their way hither and thither?

One Response to Qatar and Libya: A Match Not Made in Heaven