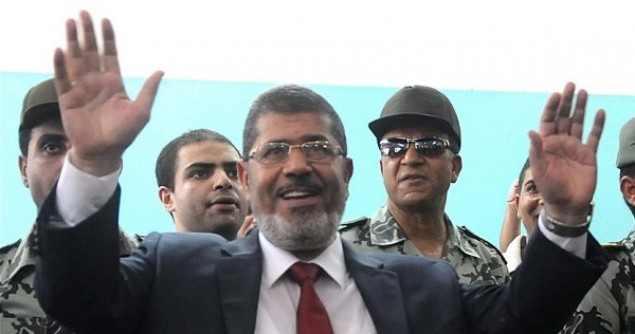 Over the past few weeks, headlines have been filled with news about Mohamed Morsi being sworn in as the new president of Egypt, and what his presidency means for the relationship between his office and the Supreme Council of the Armed Forces (SCAF). But as attention turns to Egypt’s new leader, we should not forget to look at how Egyptian activists worked together to keep the essence of the Arab Spring alive.

The Arab Spring in Egypt was characterised by different groups – conservative and liberal, religious and secular, Muslim and Christian – coming together for change, and this spirit is still present. Now, what Egypt needs is for citizens of all political and religious backgrounds to join together for the country’s future.

Mohamed Morsi, the Muslim Brotherhood-affiliated president, called on those who did not vote for him to join forces with him in rebuilding the country. Some supporters of his opponent, Ahmed Shafiq, are fearful of having a president affiliated with the Muslim Brotherhood because they worry about the erosion of religious freedoms. Others support SCAF control of the country because they think it can provide stability. Yet Morsi is calling for everyone to play an effective part in rebuilding the country.

“Today I am the president of all Egyptians, inside the country and abroad, men and women, Muslim and Copt”, he said.

Unity was also evident in the run up to the elections. Prior to the elections, when the SCAF declared that the president is no longer the commander-in-chief of the troops, cannot declare war and must use the military to respond to “riots”, many activists felt little hope for achieving the democratic ideals they had struggled for in the revolution. With no functioning parliament, the military council claimed both legislative and executive powers.

When Egyptian activists learned about these changes, as well as others that granted the military police the right to arrest civilians at any time, it brought back memories of emergency law, arbitrary arrests and human rights violations – the same problems we activists had fought against during the revolution.

It proved that the ruling military council was not giving up power easily – and unity was the only option left. Secularists, leftists and Islamic groups joined forces and declared their refusal to support these amendments.

Activists formed the New Egyptian Front, a coalition of revolutionary powers and youth groups, which included youth who had been active in the revolution, along with supporters of Islamic parties, reformers and socialists.

After the successful, peaceful presidential elections, activists felt they had finally succeeded in joining forces to help save the country from what they saw as a military coup.

Shafiq’s supporters were not significantly represented in this effort. As the country moves forward, however, the distinctions between the two candidates’ supporters are fading.

Morsi’s recent announcement that he will appoint a woman and a Christian to key leadership positions in the government is a positive first step toward allaying fears of women’s rights activists and Christians who are concerned about having a president from the Muslim Brotherhood. Morsi also met with Christian leaders to boost dialogue between his administration and the country’s largest religious minority. Such efforts should continue, and are critical to Egypt’s transition to a better future.

Political leaders on all sides should also embrace the importance of unity through on-going discussions. Such efforts can help foster dialogue between Morsi’s and Shafiq’s supporters so that all Egyptians can work together to build an Egypt for all its citizens.

Manar Ammar is co-founder of Bikyamasr.com.