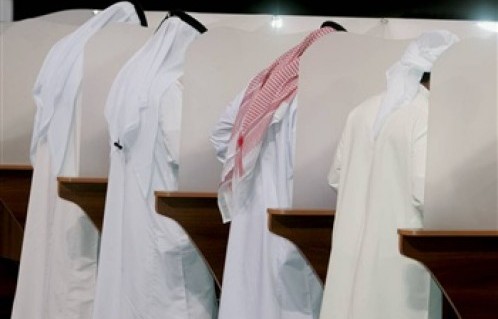 As the country gears up for the second election in its 40-year history, some observers have worried that campaign speech rules set by the government are too stringent and could stifle public speech.

For instance, one rule states that candidates should not make promises to solve problems since they won’t have the power to do that. The Federal National Council is a deliberative body of 40 members with no formal authority.

Nonetheless, some candidates have promised in newspaper advertisements to solve issues including more rights for women, ending unemployment and even increasing the power of the FNC.

Recent comments from Dr. Anwar Gargash, Minister of State for Foreign Affairs and chairman of the National Election Committee, should help assuage worries that candidates will be penalized for this type of campaign speech.

In a front-page article in The National newspaper, Dr. Gargash said:

I reiterate that the National Election Committee is ultimately a committee that aims to regulate and oversee the election process, without intervening in every single detail. The committee tries as much as possible not to intervene unless there is a clear and explicit violation.

This is a powerful statement from the man in charge of the elections. He appears to be saying that the NEC does not plan on getting too involved in campaign speech, a signal which should allow for a more robust discussion of issues in the public sphere. Hopefully, the candidates will not curb their opinions as they attempt to persuade voters to elect them.

With 468 candidates and only 20 seats (the other half are appointed), the Sept. 24 elections pose quite a challenge for indecisive voters.

While many of my Western peers may scoff at this election (since the elected body has no true authority), I find myself supportive of this track. This is a young country with no history of public participation in government. Part of what the government is trying to accomplish is creating a culture of participation among its citizenry.

As Dr. Gargash said on Twitter: “It is not enough to remain as bystanders on the national debate but to be actively engaged.”

This election, in which one out of every six Emiratis will vote, will certainly help the country move toward engagement and public participation. Universal suffrage and legislative authority will surely follow.